This post is the fourth installment of our blog series on significant, proposed changes to the Anti-Kickback Statute (AKS) and the Physician Self-Referral Law (commonly known as the Stark Law) recently announced by the Department of Health & Human Services (HHS).  The proposed rule issued by the Centers for Medicare & Medicaid Services (CMS) offers new and revised definitions on key Stark Law terms, some of which CMS has previously neglected to define or provide significant guidance.  In addition, CMS proposes a new Stark Law exception for limited remuneration to a physician, which offers health care entities more flexibility for unwritten, short-term compensation arrangements with physicians.

Even though several commonly used Stark Law exceptions require that the arrangement be commercially reasonable, CMS has never defined this key term and only briefly addressed the concept more than fifteen years ago in the Stark II Phase II rulemaking.

While a definition for this key term is a welcome update, commenters should consider at least two issues.  First, both definitions include numerous undefined terms, such as legitimate business purpose, commercial sense, and reasonable entity.  Second, the definition discussed in the Stark II Phase II rulemaking seems to offer less flexibility because it would require the parties to determine what constitutes a “reasonable entity of similar type and size” and a “reasonable physician of similar scope and specialty” whereas the first definition mentions only “similar terms and conditions as like arrangements.” Given that “commercially reasonable” is a key concept that applies to numerous exceptions, this proposed new definition is ripe for comments.

Perhaps more importantly, CMS also proposes regulatory language to clarify that an arrangement may be commercially reasonable even if it does not result in profit for one or more parties, which dispels the widespread misconception that a commercially reasonable arrangement must be profitable.  CMS recognizes that health care providers have a variety of business reasons for entering into arrangements with physicians.

CMS proposes a change to the definition of “remuneration” that should interest the laboratory industry.  The current definition excludes “the furnishing [by a laboratory] of items, devices or supplies (not including surgical items, devices or supplies) that are used solely for” specimen collection, transport, processing, or storage, or the ordering of laboratory tests or communication of results.  This exception allows laboratories to provide collection supplies to physicians as well as the technology necessary to allow physicians to submit orders and receive results electronically without violating the Stark Law.

CMS proposes to delete the parenthetical related to surgical items, devices, or supplies, because it no longer believes that the mere fact that an item, device, or supply is routinely used as part of a surgical procedure means that it is not used solely for one of the permitted purposes.  In the proposed rule, CMS discusses two relevant CMS advisory opinions, 13-01 and 13-02, both of which involved arrangements where laboratories would provide at no charge to physicians disposable, single-use devices used to collect specimens.  Advisory Opinion 13-01 concerned liquid-based Pap smear specimen collection kits while Advisory Opinion 13-02 involved disposable biopsy brushes.  Even though the arrangements were similar, CMS arrived at different conclusions because it considered a biopsy brush to be a “surgical item, device, or supply.”  CMS now views the distinction between the two devices to be arbitrary and thus has proposed deleting the parenthetical.  However, CMS continues to believe this carve-out is limited to single-use items, devices, or supplies of low value.

CMS also seeks to add “in fact” before “solely” to clarify that an item, device, or supply could be used for another purpose, but that it is not remuneration if it is “in fact” used for one of the permitted purposes.  Lastly, CMS clarifies that an item, device, or supply with a primary function of preventing infection or contamination (such as latex gloves) is not excluded from the definition of remuneration under this carve-out.

CMS proposes to revise the definition of “designated health services” (DHS) to clarify that a service provided by a hospital on an inpatient basis does not constitute a DHS if the furnishing of the service does not affect the amount of Medicare’s payment to the hospital under the Acute Hospital Inpatient Prospective Payment System (IPPS).  The rationale here is that physicians have no financial incentive to over-prescribe services that do not affect the rate of payment.

For example, the proposed rule describes a situation where an inpatient has been admitted to a hospital under an established diagnosis‐related group (DRG), and a specialist who was not responsible for the patient’s admission orders an X-ray.  Because the previously established DRG determines the rate of reimbursement under the IPPS, the X-ray generally would not result in the hospital receiving additional payment.  The X-ray thus would not be DHS under the revised definition, meaning that the specialist could have a financial relationship with the hospital that does not satisfy a Stark Law exception, and the hospital could nevertheless bill Medicare for the inpatient hospital services without violating the Stark Law.  This change would significantly reduce the scope of the Stark Law prohibitions.

An overarching principle running through most of the Stark Law exceptions is that the compensation must be consistent with fair market value (FMV).  The statute defines FMV to mean “the value in arms length transactions, consistent with the general market value, and, with respect to rentals or leases, the value of rental property for general commercial purposes (not taking into account its intended use) and, in the case of a lease of space, not adjusted to reflect the additional value the prospective lessee or lessor would attribute to the proximity or convenience to the lessor where the lessor is a potential source of patient referrals to the lessee,” and the regulations build upon the statutory definition.

CMS now makes clear that it does not sanction this common practice of relying on the isolated financial transaction exception to retroactively cure Stark Law noncompliance.  CMS thus proposes to amend the definition of “isolated financial transaction” to expressly exclude payment for multiple services provided over an extended period of time, even if there is only one payment for the services.  Although CMS deems this new definition to be a clarification of its long-standing policy, it is a fairly significant change from how this exception is commonly used in the industry.  We expect comments arguing that the plain language of the exception allows for a single payment for multiple services and that this new definition would increase the regulatory burden of the Stark Law.

New Exception for Limited Remuneration to a Physician

Although the proposed new definition for “Isolated Financial Transaction” is not necessarily a welcome change because it restricts the ability to use the exception for certain arrangements, CMS is offering as consolation a new exception for limited remuneration provided to a physician without a written agreement or compensation that is set in advance (Limited Remuneration Exception).  This new exception is somewhat narrow because it only allows for payments that do not exceed $3,500 in the aggregate per calendar year, to be adjusted for inflation.  Although the exception does not require a written agreement, it otherwise includes several requirements commonly found in numerous other Stark Law exceptions (e.g., the remuneration must be FMV and cannot take into the volume or value of referrals, and the arrangement must be commercially reasonable).  The arrangement also must be for items or services actually provided by the physician.

This exception would likely be used by parties who have historically relied upon the isolated financial transaction exception to make a single payment for multiple services without a written agreement, as discussed above.  CMS provides an example in which a hospital’s medical director resigns unexpectedly, and the hospital quickly arranges for a new medical director who starts performing services before a written agreement is drafted or the compensation is set.  If the aggregate compensation provided to the new medical director does not exceed the $3,500 annual limit, the parties could rely upon the Limited Remuneration Exception if all other conditions are met.

The Limited Remuneration Exception could also be used in conjunction with other exceptions to protect an arrangement during the course of a calendar year in certain circumstances.  Using the medical director example above, the hospital could rely upon the Limited Remuneration Exception to protect initial payments to the physician up to the $3,500 annual limit and subsequently rely upon either the personal services arrangement exception or the fair market exception once the compensation is set and the arrangement is documented.

While the health care industry is unlikely to turn down CMS’ offer of a new exception, we expect that many commenters will argue that the $3,500 amount is too low.  CMS is unlikely to listen unless commenters can offer supporting evidence for their position.

In addition, CMS proposes to add to the carve-out an interest in an entity that arises through participation in an employee stock ownership plan (ESOP), which CMS believes merits the same protection that currently exists for interests arises from a retirement plan.  This proposal is a departure from its previous stance discussed in the FY 2009 IPPS final rule, which restricted the retirement interest carve-out to an interest in the entity arising from a retirement plan through the physician’s employment in that same entity.  Previously, if the retirement plan invested in a separate entity, that interest would not be carved out from the definition of “ownership or investment interest,” and the interest would need to satisfy a Stark Law exception in order for the physician to refer to the separate entity.

However, CMS now recognizes that it is common in the industry to offer physician employees participation in an ESOP, and that such participation may result in the physician having an indirect ownership interest in a DHS entity that does not satisfy a Stark Law exception.  For legal and tax reasons, ESOPs are generally structured using a holding company.  In these situations, physician employees would be offered an interest in the holding company, and that holding company would own the DHS entity.  The result is a retirement plan that does not qualify for the retirement interest carve-out and, in fact, results in the physician having an indirect ownership interest in the DHS entity that may not satisfy a Stark exception.  Recognizing that ESOPs must comply with a number of safeguards under the Employee Retirement Income Security Act of 1974 (ERISA), particularly that employees cannot receive the value of their interests until at least one year after separation form their employee, CMS believes that ESOPs are nonabusive retirement plans that should be excluded from the definition of “ownership or investment interests.” 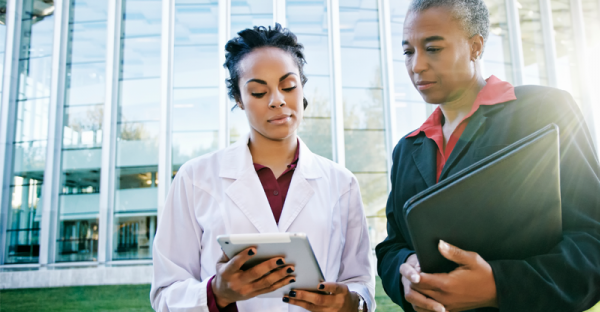 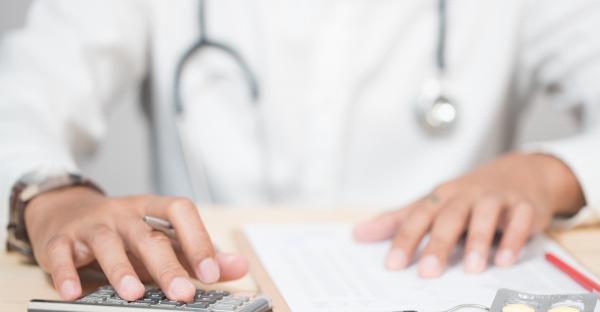