Bringing positive news for employers and a welcome distraction from the COVID-19 crisis, the United States Supreme Court recently held that for claims of racial discrimination under Section 1981 of the Civil Rights Act of 1866 (“Section 1981”), plaintiffs are obligated to meet the more stringent “but-for” causation standard at every stage of a lawsuit.

The Court’s March 23, 2020 unanimous decision in Comcast Corp. v. National Association of African American-Owned Media aids employers defending against racial discrimination claims brought under Section 1981.  This decision reinforces a more stringent standard for Section 1981 suits, even at the pleading stage, and further encourages employers to consider moving to dismiss such lawsuit for failure to state a claim pursuant to Federal Rule 12(b)(6).  Specifically, the Court ruled that “a [Section]1981 plaintiff bears the burden of showing that the plaintiff’s race was a ‘but-for cause’ of its injury, and that burden remains constant over the life of the lawsuit,” including during the initial pleading stage.

Enacted shortly after the Civil War, Section 1981 protects individuals from discriminatory treatment by granting all persons the right to make and enforce contracts regardless of race.  As the relationship between an employer and its employees is considered “contractual” (even with at-will employment), Section 1981 applies to many aspects of the employment relationship.  Although race discrimination claims are more often brought under Title VII of the Civil Rights Act of 1964 (“Title VII”), Section 1981 has numerous advantages for plaintiffs, such as providing for individual liability, having a longer statute of limitations, allowing for uncapped damages. and applying to employers regardless of size (whereas Title VII only applies to employers with 15 or more employees).

In the relevant case, Entertainment Studios Network ("ESN"), an African-American-owned television-network operator, sought to have Comcast Corporation carry its channels.  Comcast refused, citing “lack of programming demand, bandwidth constraints, and a preference for programming not offered by ESN.”  In 2015, ESN and the National Association of African American-Owned Media (collectively, “ESN”) sued, alleging that cable television conglomerate Comcast’s behavior violated Section 1981, which guarantees, “[a]ll persons . . . the same right . . . to make and enforce contracts . . . as is enjoyed by white citizens.”  The district court dismissed the complaint for failing plausibly to show that, “but-for” racial animus, Comcast would have contracted with ESN. The Ninth Circuit reversed, holding that ESN needed only to plead facts plausibly showing that race played a part in Comcast’s decision making process and that, under this standard, ESN had pleaded a viable claim.  In particular, the Ninth Circuit held that a plaintiff Section 1981 plaintiff need only allege that racial discrimination was a “motivating factor” in the refusal to contract in order to survive a motion to dismiss.

Relying on “textbook tort law” and statutory language to resolve the circuit split, the Supreme Court unanimously reversed the Ninth Circuit’s decision, rejecting its contention that a Section 1981 plaintiff bears only the burden of showing race was merely a “motivating factor” in the defendant’s challenged decision.  Instead, the Court held that there is no historical or textual basis for such a diversion from the “default ‘but-for’ standard, and therefore, a Section 1981 plaintiff must establish “but-for” causation throughout the lawsuit, including at the pleading stage, as “the elements of a claim remain constant through the life of a lawsuit.”

Writing for the Court, Justice Gorsuch rejected Plaintiff’s attempt to rely on Title VII, which uses the less stringent “motivating factor” causation test. Justice Gorsuch noted that Congress added the “motivating factor” test to Title VII in 1991, at the same time it amended Section 1981.  Notably, Congress chose not to add the “motivating factor” test to Section 1981 as well, and instead the default rule, is the “ancient and simple ‘but-for’ common law causation test.” --“To prevail, a plaintiff must initially plead and ultimately prove that, ‘but-for’ race, it would not have suffered.”

Justice Ginsburg issued a concurring opinion, stating that, “[i]f race indeed accounts for Comcast’s conduct, Comcast should not escape liability for injuries inflicted during the contract-formation process.” Further, Justice Ginsburg wrote that the 1991 amendments to Section 1981 should extend the statute to cover both contractual outcomes and processes; and not confining Section 1981’s protection to “discrete moments.” Although Justice Ginsburg joined the majority, her concurring opinion noted her prior objections to a strict “but-for” causation standard for discrimination cases.

Ultimately, the Court remanded the case back to the Ninth Circuit to evaluate whether, in light of the more stringent "but-for" standard, ESN’s claim could proceed.

Implications of the Court’s Decision

The Court’s decision will prove helpful to employers defending Section 1981 suits.  Although several courts of appeal already followed this more stringent standard, the Court’s decision provides uniformity and reinforces that a plaintiff alleging Section 1981 racial discrimination has the burden to plead and prove that race was the “but-for” factor in suffering the loss of a legally protected right. Employers facing Section 1981 claims are encouraged to consider seeking a dismissal if sufficient facts are not alleged to meet the “but-for” causation standard.

The NLRB's Final Joint-Employer Rule Will Soon Be In Effect 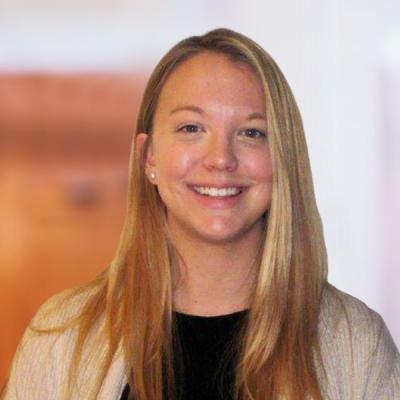