What is a PAGA Claim?

PAGA is a unique California statute that allows an employee to stand in the shoes of the State of California as its representative and bring a lawsuit for violations of many California Labor Code provisions. Employees have the right to bring these claims on their own for their own alleged harms (individual claims) or they can choose to bring these claims on behalf of themselves and similarly situated employees (representative claims). As employers appreciate, litigating a case that potentially encompasses an entire California workforce presents significant challenges in its complexity, scope, business impact and, importantly, expense.

In 2014, the California Supreme Court held in Iskanian v. CLS Transportation Los Angeles, LLC that employers could not require employees to waive the right to bring representative PAGA actions in court or in arbitration. Moreover, Iskanian also struck down agreements that allowed the litigation of an employee’s individual PAGA claims separate from the employee’s representative claims.  As a result, under Iskanian, arbitration agreements could not require waivers of PAGA representative actions or mandatory arbitration of an employee’s individual PAGA claims. The practical impact of these rules is that PAGA claims have become significant leverage against employers because of the expense of litigating representative claims in court. As Justice Alito, who wrote the opinion for the Viking River Court, observed, because of PAGA’s “additive dimension, low value claims may easily be welded together into high-value suits.”

Viking River guts part of the Iskanian rule – and arguably it does so for the rule that counts, at least for businesses with California employees. The Supreme Court held that the FAA preempts the Iskanian rule banning agreements that allowed PAGA actions to be divided into individual and representative claims. Although the Court held that the FAA does not preempt arbitration agreements with wholesale PAGA waivers (which remains a part of the Iskanian rule), the practical effect of FAA preemption means that an employer may enforce arbitration of an employee’s individual claims, and if the representative claims were brought by the same and only employee-plaintiff, the representative claims (and the accompanying potential liability) would essentially be extinguished—drastically reducing the action’s potential value, and potentially the motivation to bring it in the first instance.

Arbitration Agreements Must be Voluntary under AB 51

Despite Viking River’s pro-business impact, California employers (for now) must also keep another California statute in mind—AB 51 which prohibits mandatory arbitration agreements as a condition of employment. A legal challenge to that statute was mounted almost immediately after its enactment, but the Ninth Circuit recently vacated a January 2020 preliminary injunction that prohibited its enforcement. Until that case is resolved, AB 51 remains effective and all employment arbitration agreements must be voluntary to be enforceable.

We recommend that businesses with California employees act quickly to benefit from the ruling in Viking River if they do not currently have arbitration agreements in place that are consistent with the ruling. Defending representative PAGA actions in court poses a significant expense and may disrupt day-to-day business operations. As a result, employers should consider:

The California-based members of our Mintz Employment, Labor & Benefits team are available to assist with the review and implementation of a compliant arbitration agreement and policy for employers with California employees.

Reinventing the Employment Relationship: A Moderated Discussion about the Future of Work 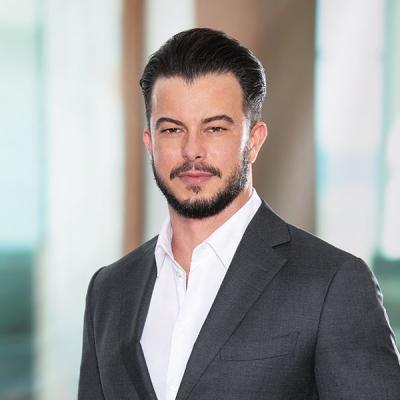 Mike C. Flesuras is an Associate at Mintz who litigates employment disputes before state and federal courts and counsels clients on employment issues, including compliance and executive compensation matters.