In previous posts (available here and here) we reported on some of the legal consequences from Dobbs v. Jackson Women’s Health Organization on employer-sponsored group health plan coverage of abortion-related travel benefits. This post addresses the larger concern related to the legality of these benefits in the face of a burgeoning number of states seeking to extend their extra-territorial reach to bar or even criminalize individuals who provide abortion-related travel.

At issue here is the question of the extra-territorial application of state law. Under what circumstances may a state that bans abortion apply its civil or criminal law to citizens procuring abortions in other states lacking such bans? And what exposure might an employer face for facilitating out-of-state abortions through travel reimbursement programs that run afoul of such bans?

At first blush, one might wonder what all the fuss is about. Don’t U.S. citizens have an unfettered right to travel?  Citizens who live in states that ban gambling or marijuana routinely make their way to Nevada and Colorado, respectively without fear of legal liability. This somewhat obvious travel right might be exactly what Justice Kavanaugh was referring to in his concurring opinion in Dobbs when he asked whether a state could bar one of its residents from traveling to another state to obtain an abortion. In answering the question, he opined that the answer is no “based on the constitutional right to interstate travel.”

Justice Kavanaugh provided no support for his conclusion, however. He could have, for example, cited a 1975 Supreme Court case, Bigelow v. Virginia, which held that Virginia could not prevent its residents from traveling to New York to obtain an abortion. But despite this precedent, the extraterritorial application of state law is a fairly undeveloped legal area. The right to travel, among other, related rights, implicates long-debated questions of Constitutional law that involve the Full Faith and Credit Clause, the Due Process Clause of the Fourteenth Amendment, and the Constitution’s general federalism principles.  These issues and more are dissected at length in a paper that we found particularly insightful, David S. Cohen, Greer Donley & Rachel Rebouché, The New Abortion Battleground. The paper is currently in draft. It will be published in the Columbia Law Review.

Criminal laws are different. ERISA does not preempt “any generally applicable criminal law of a State”.  So a criminal law directed only at employee benefit plans would likely be preempted, but a criminal law that applies generally may not.  The issue is whether certain laws criminalizing abortion, including the aiding and abetting thereof, are of the general, non-preempted variety.

The threat for employers seeking to provide abortion-related travel benefits arises principally from laws prohibiting “aiding and abetting” of violations of any state law by its residents who travel to another jurisdiction that permits the conduct the home state criminalizes. Where the law of an individual’s domicile criminalizes the aiding and abetting of abortion-related travel, and an employer facilitates travel to a jurisdiction in which abortion is permitted, which law applies—the law of the employee’s domicile or the laws of the state in which the abortion is performed?  And how does this conflict of laws pose a risk for employers?

The answer to the aiding and abetting question posed implicates the following sources of law:

Article IV of the Constitution’s precursor, the Articles of Confederation, included an express right to travel (“the people of each State shall have free ingress and regress to and from any other State, and shall enjoy therein all the privileges of trade and commerce”). The founders viewed this right as fundamental to and inherent in American citizenship and the nature of the federal union. There is, however, no explicitly enumerated “right to travel” in the Constitution. To the extent that right exists, it comes from the Privileges and Immunities clause of the Fourteenth Amendment, to which all states are expressly bound:

Proponents of a right to travel typically claim that the right to travel encompasses three separate rights: the right of a citizen to move freely between states, rights embedded in the Privileges and Immunities clause, and the right of new arrivals to a state, who then establish citizenship, to enjoy the same rights and benefits as other state citizens.

The “Full Faith and Credit Clause” requires states to recognize and accept other states’ public records, judicial proceedings, and legislative acts. It ensures that court decisions in one state will be honored in other states. The clause is primarily pertinent to the enforcement of judgments.

States have not to date deployed their criminal laws to prosecute people for crimes committed entirely outside of their borders, which seems to support the consensus that doing so would waste valuable state resources. This view’s intuitive appeal is evidenced by the failure of the states to prosecute Las Vegas gamblers or jail Colorado agritourists. A 1999 Massachusetts case (In re Vasquez, 705 N.E.2d 606, 610 (Mass. 1999)) went so far as to refer this consensus as “axiomatic,” but it’s not. Another strand of legal precedent analyzes the significance of detrimental effects on the state of an offender’s domicile: does the abortion for which the travel benefit was provided have a detrimental effect in the state that bans it? Under this analysis, a state may claim to exercise jurisdiction over criminal acts that take place outside of the state if the results of the crime are intended to, and do, cause harm within that state. A state that bans abortion would likely claim that requisite harm.  This is referred to as the “effects doctrine.” It allows states to prosecute actions that take place outside the state that have detrimental effects in the state. The doctrine was articulated in a 2005 California Supreme Court case, People v. Betts: as follows:

Acts done outside a jurisdiction, but intended to produce and producing detrimental effects within it, justify a state in punishing the cause of the harm as if he had been present at the effect, if the state should succeed in getting him within its power.

States seeking to support the extraterritorial reach of their laws criminalizing abortion-related travel would in all likelihood look to this doctrine to buttress that support.

Given the uncertainty the extraterritorial reach of state aiding and abetting laws, employers are faced with a “non-zero” risk of criminal liability for facilitating abortion-related travel. This risk, however, might be mitigated in some of the following ways:

No plan is foolproof, and there are tradeoffs. A broad-based taxable generic travel benefit will not benefit from ERISA’s preemptive force, which is no small matter. And at least in the case of an excepted benefit EAP, it is not yet clear whether such travel benefits actually satisfy the requirement that the benefit does not provide “significant benefits in the nature of medical care (especially for employers who already sponsor other EAPs).  Guidance on these and other benefits presumably will be forthcoming.

Some states are already considering criminalizing out-of-state abortions for their citizens and likewise criminalizing aiding and abetting for out of state enablers. Other states may legislate insulation for residents from out-of-state prosecutions. The Constitutional reach and limits of these laws, on both sides, will invariably be tested.

More challenging still is that, with Dobbs, the judicial process has taken on a political gloss. To what extent can any precedent now be relied on?  Employers need to take this new “political” risk into account as the weigh their plan design options. This calculus extends to directors, officers, and LLC managers, who might be targeted personally.

We will continue to monitor these matters and will update these posts as developments occur. 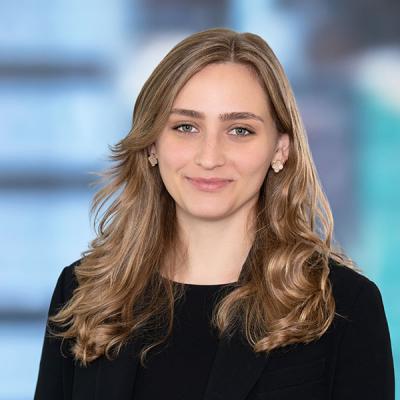