On April 30, 2015, the International Trade Commission issued the public version of its opinion reviewing ALJ Thomas B. Pender’s Initial Determination in Investigation No. 337-TA-883, finding the Respondents in default due to spoliation of evidence, and ordering the Respondents, jointly and severally with their counsel, to pay certain of Complainant’s fees and costs.1 The opinion is notable, not only because of its fact pattern, but also because it is an important reminder of the liability counsel may face where a court finds spoliation of evidence by a client, as well as the affirmative steps counsel should take to educate its clients regarding preservation of evidence.

This investigation relates to paints with high “reflectance values,” which allow the paint to easily cover existing paint of a different color. The best way to achieve high reflectance values is to use expensive titanium dioxide in the paint. To avoid the expense of using titanium dioxide, Complainants Rohm Haas developed opaque polymers that could achieve the same high reflectance values at a much lower cost. This line of opaque polymers is called ROPAQUE, and Rohm Haas and Complainant Dow Chemical Company (collectively, “Dow”) own trade secrets covering the manufacture of ROPAQUE. In its ITC complaint, Dow alleged that former Rohm Haas employees hired by Respondents Organik Kimya San. Ve Tic. A.S., Organik Kimya Netherlands B.U., Organik Kimya U.S., Inc. (collectively, “Organik Kimya”) revealed Rohm and Haas trade secrets, which Organik Kimya misappropriated in the development and commercial marketing of its own opaque polymer.

On May 19, 2014, Dow filed a motion for default and other sanctions against Organik Kimya based on Organik Kimya’s alleged pattern of destroying documents and obstructing discovery, Comm. Op. 6, and on October 20, 2014, ALJ Pender issued an ID finding that “Organik Kimya spoliated, or permitted the spoliation, of massive amounts of evidence prejudicial to Dow’s allegation of trade secret misappropriation,” and did so intentionally and in bad faith. 2

The ID found that evidence was destroyed which related to three former Dow employees, Dr. Guillermo Perez, Leonardo Strozzi, and Dr. Dilip Nene, each of whom had a relationship with Organik Kimya. Specifically, in contravention of an order issued by the ALJ to make Dr. Perez’s laptop available for forensic examination, Organik Kimya “essentially wiped the laptop hard drive clean by overwriting massive amount of potentially recoverable data in the days leading up to the inspection.”3 Later, despite the existence of a presentation order, inspection of Mr. Strozzi’s laptop showed that one day after the preservation order was issued, 2,700 files were deleted from the laptop.4 Later, Mr. Strozzi took his laptop and other storage devices to a highway rest stop and “accidentally” left them there — an explanation the ALJ found “highly suspect.”5 Dr. Nene admitted during deposition that he removed a hard drive sought by Dow’s forensic experts from his laptop, smashed it with a hammer and threw it in the garbage, to make sure that the information on the drive could not be recovered.6 The evidence also showed that, less than a week after receiving a subpoena, Dr. Nene destroyed certain relevant files on an external drive before it was delivered to Dow’s forensic expert. Comm.7 A forensic inspection of Dr. Nene’s personal laptop also revealed that numerous files were deleted two days after service of Dr. Nene’s subpoena.8

Organik Kimya’s behavior in this investigation, which resulted in the massive spoliation of evidence, is reprehensible…. I have no trouble finding Organik Kimya’s spoliation of evidence on Dr. Perez’s laptop was done in bad faith. Likewise, I have little trouble finding that the deletion of files from the Strozzi laptop along with the laptop’s subsequent loss occurred in bad faith. Finally, with regard to Dr. Nene, I find Organik Kimya’s failure to exercise control over Nene to preserve his laptop or external storage devices to be at least reckless. Taken together, I can only conclude that there is a culture at Organik Kimya that finds its duty to preserve evidence an inconvenience.9

The ALJ also found that explanations in a letter from Organik Kimya to the ALJ for destruction of evidence on the Perez laptop and for subsequent behavior to try to cover up that spoliation “are not the slightest bit credible on its face,” further noting that “there is not affirmative evidence in the record that a litigation hold memo, or equivalent, was issued or disseminated [to Organik Kimya] in this investigation. Nor is there evidence that an active undertaking was made to preserve evidence in this investigation.”10 As a result of this conduct, the ALJ imposed monetary sanctions jointly and severally against Organik Kimya and its counsel. 11

In its opinion, the Commission affirmed all of the ID’s findings concerning the default sanction. 12 The Commission also affirmed the ALJ’s determination that Organik Kimya’s counsel should be jointly and severally liable for the assessed monetary sanctions, rejecting arguments that Organik Kimya’s counsel was deprived of due process in the proceedings because it was not on notice of possible sanctions, and that its conduct was not culpable.13

The Commission found that counsel for Organik Kimya had more than adequate notice of possible sanctions both because of Dow’s motion for default and other sanctions and because Dow’s spoliation accusations pointed to Organik Kimya’s counsel as well as Organik Kimya, quoting Commission Rule 210.33(c) which expressly states that attorneys may be liable for sanctions for discovery abuse.14 15 Organik Kimya’s counsel also had the opportunity to respond to Dow’s motion and an opportunity to present evidence at a hearing and in post-hearing briefing to dispute Dow’s allegations.16 The Commission also rejected counsel’s “apparent contention that there exists a two-tiered scheme of advocacy, in which overzealousness or recklessness must be permitted until counsel is put on enhanced and particularized notice that it may share some blame with its client,” explaining further that “[c]ounsel’s conduct is always potentially at issue.”17

The Commission found Organik Kimya’s counsel culpable for three of the four reasons relied upon by the ALJ: (1) counsel was in Turkey to oversee the inspection of Dr. Perez’s laptop, but did not prevent Organik Kimya’s tampering with the laptop, (2) a letter from counsel to the ALJ which defended the destruction of files on Dr. Perez’s laptop which the ALJ found “was submitted without conducting an adequate investigation as to whether the explanations in the letter were factually correct, [that] the contents of the letter were not the slightest bit credible,” and that the “letter exacerbated the discovery dispute, resulting in Dow conducting further expensive forensic investigations to prove that the letter contained false assertions,” and (3) that “there is no evidence that counsel gave litigation hold instructions to Organik Kimya or provided evidence that an active undertaking was made to preserve evidence in [the] investigation.” 18

Commissioner Rhonda K. Schmidtlein submitted a lengthy dissent explaining her opinion that “counsel was not provided adequate notice and opportunity to be heard prior to the imposition of sanctions,” and that the sanctions imposed should be vacated and the case should be remanded for further proceedings.19

This case provides an important reminder of the potential liability to counsel based on the actions of a client. Commission Rule 210.33(c) is clear that if a party fails to obey a discovery order the ALJ or Commission may require the party, the attorney advising that party, or both, to pay reasonable expenses, including attorney’s fees, arising from such conduct.20 The Commission opinion here takes the extra step of clarifying that counsel is on notice from the initiation of representation, that counsel may be held liable for discovery misconduct perpetrated by its client — the ALJ is not obligated to put counsel on notice of such potential liability. This case also provides an important reminder that counsel must take affirmative and continuing action to educate its clients of the necessity of preserving evidence, especially where an order expressly directs a party to do so, through means such as litigation hold memos. 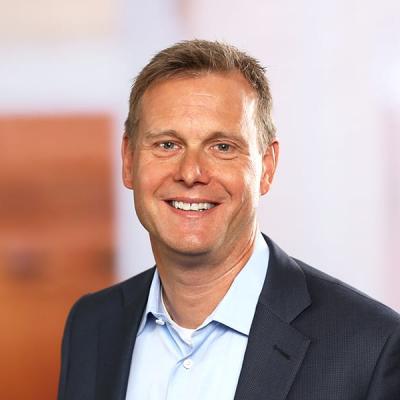