A variety of options are available to applicants to speed up patent application examination at the U.S. Patent and Trademark Office.  Four of the more common programs are explored in depth below, and other options for speeding up examination are available in a previous post provided by Mintz.

There are several requirements for Track One, the most significant being cost. The filing fee is $4,000 for large entities with reduced fees for small and micro entities.  Track One also limits the number of claims in an application to 4 independent claims and 30 claims in total.  Continuation applications and applications filed with a Request for Continued Examination (RCE) are eligible for the program.

A limited number of 10,000 applications are admitted to the program each fiscal year, so it is possible that the Track One will not be available for a given application.  But over the 12 months between April 2016 and March 2017, 9,382 Track One applications were filed.

For a Track One filing, the prosecution process itself is largely unchanged from a standard application prosecution.  No examination support documents are required, and normal Examiner interview practice is maintained.

The primary benefit of Track One is the rapid prosecution process.  The shortened time frame in obtaining a patent can allow for greater certainty in commercializing a product and/or raising funds.  For example, a startup could rapidly build its patent portfolio while seeking investors.

The cost is significantly less than the Track One program, requiring a $140 petition fee that is further reduced for small and micro entities.  However, the program is not very popular because preexamination search documents and an examination support document prepared by the applicant are required.  These documents require the applicant to conduct a prior art search against its own application and prepare an examination support document explaining how each of the applicant’s claims is patentable over the identified references.

Thus an applicant will be required to characterize its own claims on the record, and these characterizations can be used in later litigation. The applicant must also pay to conduct the prior art search and prepare the examination support document, so while the filing fees may be lower, the total actual costs may be significantly higher than for Track One examination.

The prosecution process is varied somewhat from a standard application prosecution.  In addition to the preexamination search documents and examination support document, an examiner interview is required before the examiner issues a first Office Action.

The benefits to partaking in this program are faster prosecution and a significantly reduced filing fee.  But the savings may end up being negligible given the increased preparation costs, and the applicant is required to characterize its own claims on the record.

Under this program, applicants and examiners conduct an interview after reviewing a Pre-Interview Communication providing the results of a prior art search conducted by the examiner.  Rather than initially receiving a full office action, the applicant and the examiner will be able to discuss the examiner’s initial findings before any office action issues.  If agreement is reached during the interview that the application is allowable, the examiner will document the interview and issue a notice of allowability.  If agreement is not reached during the initial interview, the examiner can enter a First Action Interview Office Action that documents all rejections and objections along with the interview.  The applicant can also request waiver of the First Action Interview Office Action and enter a proposed amendment to address any issues identified by the examiner.  After this initial round of communications, prosecution proceeds according to current practices at the patent office for any other application.

To pursue a First Action Interview, an application must contain 3 or fewer independent claims and 20 or fewer total claims, and a request to participate in the program must be filed at least 1 day before a first office action on the merits is entered.  There is no fee for this program, making it an appealing process to expedite examination.  There is little information available at this point regarding how much faster overall prosecution is under this program compared to normal application filings.  But the First Action Allowance rate is much higher than normal applications, at approximately 31 percent compared to approximately 18 percent for normal noncontinuing applications.  Thus it makes sense for applicants to pursue this option more frequently, assuming that they qualify for the program.  There is little expense involved, and examiners seem to be willing to work with applicants to find patentable subject matter.

The Patent Prosecution Highway (PPH) program allows an applicant to file a request to enter the program only if another patent office that participates in the PPH program has found at least one of the applicant’s claims to be allowable.  Therefore an applicant must first file a Patent Cooperation Treaty (PCT) application or a foreign application and wait for a favorable decision to be made by another patent office before filing a PPH request in the U.S. Patent and Trademark Office.

While the PPH program does not promise to reach a final disposition any sooner than a standard prosecution, an applicant can expect to receive a first Office Action on the merits usually within only 2 to 3 months from the grant of the PPH request.  First action allowances are also common, and the overall allowance rate (not just first action allowance) for PPH applications is about 84 percent as opposed to around 53 percent for regular applications.  However, the first Office Action pendency overall tends to be higher than in either the Track One program or the Accelerated Examination program at approximately 13 months.

The PPH program does not require an additional fee and there are no limits to the number of claims.  The prosecution process itself is largely unchanged from standard application prosecution.  No examination support documents are required, and normal Examiner interview practice is maintained.  There is also no limit to the number of applications admitted each fiscal year into the program.  Continuation applications are eligible for the program until the first Office Action has been issued, but applications filed with RCEs are not eligible.

The program tends to be cost-effective and faster than standard prosecution .  However the obvious disadvantage is that there must be at least one allowable claim in a counterpart foreign application. 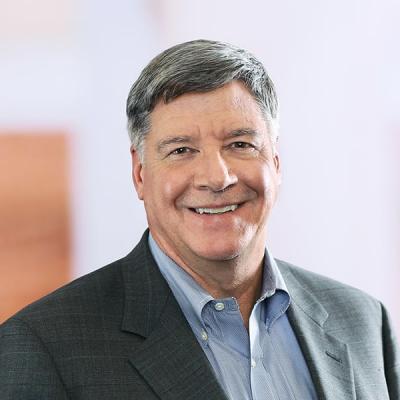