In June, we covered the Supreme Court’s grant of certiorari in Oil States Energy Servs., LLC v. Greene's Energy Grp., LLC, 137 S. Ct. 2239 (2017). The Court will decide whether inter partes review – an adversarial process used by the Patent and Trademark Office (PTO) since September 16, 2012 to analyze the validity of existing patents – violates the Constitution by extinguishing private property rights through a non-Article III forum without a jury. With its remarkably high rate of invalidating challenged patents, inter partes review (IPR) has become an effective method for defendants in patent disputes to apply pressure on patent holders, often utilizing serial IPRs to take multiple shots at invalidating patents they infringe. With the potential for IPRs to be declared unconstitutional, some parties have asked courts to stay active litigation until after Oil States is decided. One court in the Northern District of Texas recently denied such a motion to stay in Leak Surveys, Inc. v. FLIR Systems, Inc., 3-13-cv-02897 (TXND 2017-11-13, Order) (Lynn, USDJ).

The plaintiff in this case filed suit for infringement on two patents, and the defendant petitioned for IPR review. The Patent Trial and Appeal Board (“PTAB”) instituted IPRs on all the asserted claims of the patents and the district court case was stayed pending a ruling by PTAB. A year later the PTAB invalidated all asserted claims, which the Federal Circuit affirmed. The plaintiff requested that the stay be continued until the Supreme Court decision in Oil States, effectively asking the trial court to keep the case open until Oil States is decided.

The court denied the motion, emphasizing that the PTAB invalidated all asserted claims in this case and the plaintiff exhausted all appeals related to the PTAB’s decision. Accordingly, the court concluded that “this case is moot… Continuing the stay will only serve to prejudice Defendant by delaying final resolution of this case.” The plaintiff argued that a decision in Oil States finding IPRs unconstitutional would void all previous IPR decisions such that they would no longer have any preclusive effect. The court disagreed, stating “[e]ven if the Supreme Court holds that IPRs are unconstitutional, it may choose not to apply the new rule retroactively.”

While this outcome provides little help to patent holders who were recently on the receiving end of unfavorable inter pates review decisions, it illustrates the profound impact that Oil States could have on the patent system. Patent holders and practitioners should continue to keep a close eye on this case. Oral argument in Oil States is scheduled for November 27, 2017, and we will continue our coverage of this important case then.

Supreme Court to Decide the Constitutionality of Inter Partes Review 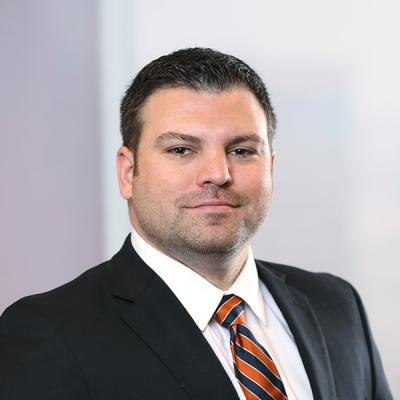 Christopher G. Duerden is a Mintz patent attorney who focuses on intellectual property litigation. He has worked on cases involving mechanical, electrical, software, and computer engineering technology in courts and matters before the International Trade Commission.