Recently in Nuna Baby Essentials, Inc. v. Britax Child Safety, Inc., IPR2018-01683, Paper No. 11 (PTAB Dec. 18, 2018), the Patent Trial and Appeal Board (“Board”) denied Petitioner’s motion to excuse the late filing of exhibits to the Petition, finding that Petitioner failed to establish good cause for such late filing or that consideration of the late-filed exhibits would be in the interests of justice.

On September 10, 2018, Petitioner filed a Petition for inter partes review (“IPR”) against Patent Owner’s U.S. Patent No. 9,586,504 without any exhibits.  At the time of filing, the lead attorney and his support staff believed that the exhibits had been filed with the Petition even though no one checked the docket on the Board’s E2E online system to confirm.  Petitioner also served the Petition and exhibits on Patent Owner by e-mail and FedEx on September 10, 2018, with the FedEx package being received by Patent Owner on September 11, 2018.

A Notice of Filing Date was entered September 21, 2018 and posted on E2E.  Significantly, the Notice informed Petitioner that the case had been afforded a filing date, and that “No exhibits have been filed.”  Slip Op., at 4.  The Notice further stated that “Petitioner must correct the defect(s) within FIVE BUSINESS DAYS [i.e., September 28, 2018] from this Notice.  Failure to correct the defect(s) may result in an order to show cause as to why the Board should institute the trial.”  Id.

Lead counsel and backup counsel also received a “Filing Date Accord Notice” email from the Board on September 21, 2018 stating that “[t]he Petition has been verified and accorded a filing date.”  Id.  The email did not mention anything about the missing exhibits.  Lead counsel interpreted the email to mean that the Petition had been verified and, without reviewing the Notice posted on E2E, believed no further action was required.  Petitioner did not file the exhibits by the September 28 deadline.  And it was not until October 2, 2018, when Petitioner’s counsel checked the docket on E2E for the first time, that Petitioner realized the exhibits had not been filed.  Upon making this discovery, the exhibits were filed on October 2, 2018, two business days after the September 28 deadline.  The Board subsequently authorized Petitioner to file a motion to excuse the late filing of its exhibits.

The Board, however, denied Petitioner’s motion and expunged the late-filed exhibits from the record.  In doing so, the Board noted that 37 C.F.R. § 42.5(c)(3) governs when it is appropriate to excuse a late action: “A late action will be excused on a showing of good cause or upon a Board decision that consideration on the merits would be in the interests of justice.”  Here, the Board determined that Petitioner failed to satisfy either condition.

The Board first rejected Petitioner’s arguments that good cause existed to excuse the late action.  First, the Board noted that although 37 C.F.R. § 42.104(c) allows for the correction of a clerical error and other panels have allowed such corrections, this rule and previous panel decisions do not establish good cause in and of itself.  Slip Op., at 6.  Indeed, the Board found no good cause here where Petitioner was afforded an opportunity to correct the error but failed to do so within the allotted time set forth in the Notice of Filing Date.  The Board likewise rejected Petitioner’s argument that good cause existed because Patent Owner was not prejudiced by the delay.  It noted that “lack of prejudice does not demonstrate good cause for excusing a late filing, particularly when opportunity has been provided to correct the error or mistake.”  Slip Op., at 6.  Finally, the Board rejected Petitioner’s argument that good cause existed because “Petitioner believed in good faith that it had filed the petition and all the exhibits on Sept. 10, 2018.”  Id.  The Board emphasized that “[t]hough Petitioner may have had a good faith belief on the day of the filing, this belief must be reconciled with the obligation of counsel to review the filing and the file.”  Id.  On this point, the Board found it significant that a cursory review of the filing would have alerted Petitioner’s counsel that the exhibits had not been filed, and that “the Board informed Petitioner of the error . . . and Petitioner still took no action until after the deadline had expired.  Id., at 6-7.  The Board concluded that “[i]gnorance of the PTAB’s procedures and the breakdown or lack of sufficient internal procedures to substantively review notices from the Board does not establish good cause to excuse a late filing.  If anything, unfamiliarity should encourage counsel to be extra vigilant.”  Id., at 7.

The Board also rejected Petitioner’s arguments that excusing the late filing is in the interest of justice.  First, the Board found the cases Petitioner cited, accepting a late filing, to be irrelevant, as those cases excused the late filing of patent owner’s preliminary response, which served to help simplify and clarify issues for the Board.  Second, the Board rejected Petitioner’s argument that it was in the interests of justice to excuse the late filing because Petitioner would be severely prejudiced as it would be statutorily time-barred from filing a new Petition.  Unsympathetic to Petitioner’s plight, the Board emphasized that such prejudice was an issue of Petitioner’s own making.  As the Board noted, “there is no automatic right to petition for an inter partes review. . . .  Congress set limits.  One of those limits is the time bar under 35 U.S.C. §315(b).  A petitioner who files a petition shortly before the time bar should be well aware of the risks associated therewith.”  Slip Op., at 8.

This case should serve as a cautionary tale to patent practitioners of the importance of double checking the Board’s docket to confirm all documents were timely filed. 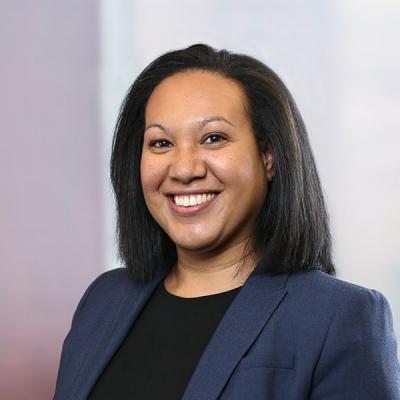