We previously reported here on a Patent Trial and Appeal Board (PTAB) decision involving a case in which a patent eligibility rejection was overcome by replacing a “comparing” step with a recitation that the sample is from a particular patient population.  However, because the eligibility rejection was dropped by the examiner before appeal, the PTAB did not revisit the issue.  More recently, in Ex parte Ben F. Bruce, the PTAB squarely addressed the issue in the context of a “computerized method” of  “diagnosing a patient” (Appeal 2017-011204, Application 14/094,579, decided March 28, 2019; hereafter “Ex parte Bruce”).  Although the applicant ultimately lost on written description grounds, the decision provides an example of the PTAB implementing the U.S. Patent and Trademark Office’s (USPTO)’s January 2019 guidelines on patent eligibility.  The case is particularly encouraging, considering that the PTAB deemed the claims patent eligible despite a lack of sample processing and treatment steps.

Claim 1 of the ’579 Application recites a “computerized method comprising: diagnosing a patient, wherein the diagnosing comprises . . . performing the following operations until a diagnosis confidence factor exceeds a high confidence factor threshold.”  The operations include determining “one or more body characteristics” using one or more “sensors,” creating and comparing a “current multimedia representation,” determining whether a selected diagnosis “confidence factor” exceeds a “confidence factor threshold,” and ultimately “selecting a treatment based on the diagnosis.”  Note that the claim does not recite actually administering the treatment, or what the treatment might be.

After a historical review of the case law surrounding patent eligibility under 35 U.S.C. § 101, the PTAB begins its analysis of the claims by introducing the USPTO’s 2019 Revised Patent Subject Matter Eligibility Guidance (Federal Register, Vol. 84, No. 4; hereafter the “Guidance,” available here).  In particular, the PTAB cites to revised Step 2A, Prong 2 of which provides that a claim is patent eligible if the “recited judicial exception is integrated into a practical application.” Guidance at 51 (emphasis added).  The Guidance provides several examples of what constitutes “integration.”  Notably, the Guidance also states that “examiners should ensure that they give weight to all additional elements, whether or not they are conventional, when evaluating whether a judicial exception has been integrated into a practical application.” Id. at 55 (emphasis added).  As such, inclusion of a well-understood, routine, conventional activity may yet be sufficient to “integrate” a judicial exception and overcome an eligibility rejection.

In Ex parte Bruce, the PTAB found that several elements of claim 1 “integrate the mental processes into a practical application,” including the steps of: “determining, using one or more body measurement sensors…,” “creating a current multimedia representation…,” and “in response to the diagnosis confidence factor not exceeding the high confidence factor threshold, selecting a different body characteristic of the patient to determine to increase the diagnosis confidence factor….” Ex parte Bruce at 11.  Where such claim elements might previously have been dismissed as abstract “data processing,” under the Guidance, the PTAB concluded that these elements “reflect technology improvement of a medical analysis and diagnosis system.”  Id.

Whether such claims would survive scrutiny by the Federal Circuit is another matter altogether, particularly in view of Cleveland Clinic Found. v. True Health Diagnostics LLC, in which the Federal Circuit stated, “While we greatly respect the PTO’s expertise on all matters relating to patentability, including patent eligibility, we are not bound by its guidance.”  Nevertheless, in a recent Boardside Chat, PTAB Lead Judge Mike Kim noted that the Guidance is a reflection of the overall body of patent eligibility case law.  While Judge Kim acknowledged that the PTAB is, of course, bound by precedent, case law does not cover every possible scenario and it would not make sense for the PTAB to fault an examiner for following USPTO guidelines.  The same Boardside Chat also featured a helpful slide presentation outlining the Guidance, which was noted as being similar to a presentation given in an examiner training.  The slides are available here.

Takeaway: The USPTO is endeavoring to provide a more concrete and predictable approach to navigating the murky waters of patent eligibility case law.  Ex parte Bruce, in particular, illustrates that the PTAB is actively implementing the USPTO’s recent guidelines, and that methods of “diagnosing” and “selecting treatment” may be found patent eligible if there is some “integration” of an otherwise abstract idea. 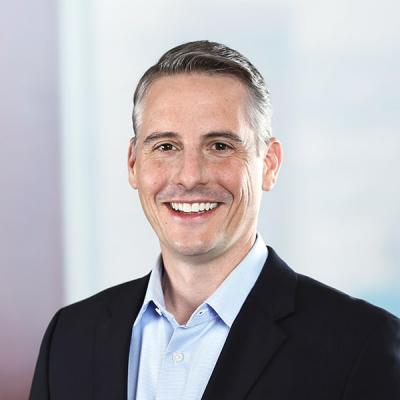