This week the en banc Federal Circuit declined to revisit a panel ruling that found the appointment of Administrative Patent Judges (“APJs”) of the Patent Trial and Appeal Board (“PTAB”) violates the Appointments Clause of the Constitution.  This decision is notable for at least two reasons. First, it declined to review or disturb the panel’s conclusion and its remedy—vacatur and remand of PTAB decisions made by unconstitutionally appointed APJs. Second, four of the Federal Circuit judges dissented, disagreeing with the panel’s finding and saying that its corresponding remedy improperly rewrites the statute contrary to Congressional intent.

Last October, a Federal Circuit panel ruled that APJs, who form the backbone of the inter partes review scheme provided by the America Invents Act, were appointed in violation of the Apportionments Clause because the Director of the United States Patent and Trademark Office (“USPTO”) lacked sufficient control over their decisions before the decisions issued on behalf of the agency.  In light of the constitutional violation, the panel removed certain employment protections provided to APJs in the AIA, and found that with these provisions severed, the statutory scheme would pass constitutional muster.  The panel further found that the appropriate remedy for the constitutional violation was to vacate the decisions and remand the proceeding back to the PTAB so that it could be heard by a new panel of APJs that are now subject to the constitutionally required oversight from the Director.  This week’s order from the full Federal Circuit keeps that decision intact, which the lead concurrence, authored by Judge Moore who was also the author of the underlying panel decision, expects to impact “no more than 81 appeals” that have “preserved Appointments Clause violations.”  Slip Op., at 5-6.

In denying petitions for a panel rehearing and an en banc rehearing, a majority of the Federal Circuit judges found that there is no need to review the panel’s decision finding the appointment of APJs to be unconstitutional or the panel’s remedy of severing the portion of the statute that provided APJ protection from termination by the Director. The lead concurrence agreed with the panel, and also concluded that severance of these protections for APJs “minimized disruption and preserved Congress’ intent as best possible while ensuring that the Constitution’s structural protections are minded.”  Slip Op., at 3, 9.

The decision was not unanimous in this view.  Four of the judges combined to file three separate dissenting opinions, asserting, among other things, that the panel’s decision finding the appointments of APJs as unconstitutional was wrong and that the corresponding remedy of eliminating the APJs employment protections was also wrong.

In the main dissenting opinion, Judge Dyk proposed two alternative approaches: (1) instituting a temporary stay of all inter partes review proceedings to allow Congress to implement a legislative fix to the perceived Apportionments Clause violation, or (2) allowing the USPTO to restructure itself so as to fix any perceived constitutional problems.  The lead concurrence disagreed with both proposals, writing that stays would result in an “unnecessary backlog of cases pending a congressional cure that is not guaranteed,” and that the “dissent goes far afield by proposing an entirely new agency framework for review for Congress to adopt.”  If Congress desires a different fix, according to the lead concurrence, it is free to implement one.

The parties have yet to indicate whether they will file a petition for writ of certiorari, though the current posture of the case presents constitutional questions that appear ripe for Supreme Court review.  Considering the impact the Federal Circuit’s decision would likely have on the legislative implementation of IPRs, the Supreme Court may be inclined to review it should a petition for writ of certiorari be filed—the parties have 90 days from the date of the order to do so.  The Supreme Court’s decision as to whether it will review the case would likely occur in September, 2020.  We will continue to monitor the case until it reaches a final disposition. 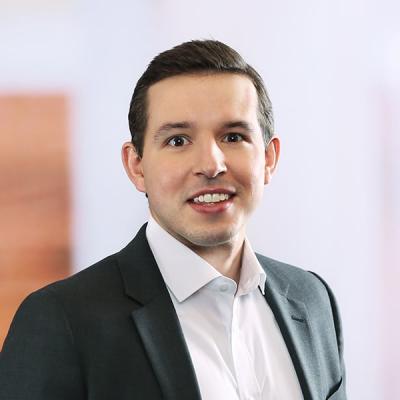