In a recent decision from the Second Circuit, Judges Parker, Chin, and Carney side-stepped a novel question: whether human skin can be the kind of "tangible medium of expression" required for copyright protection. Instead, the court held that a photograph of a makeup artist’s application of a makeup design to a human “fixed” the design for purposes of copyright law and affirmed the district court’s dismissal of the appellant Mourabit’s unjust enrichment and unfair competition/misappropriation claims as preempted by the Copyright Act.

Sammy Mourabit is a makeup artist. In 2013, he did the makeup artistry for a fashion photo shoot organized by W Magazine (the “Photo Shoot”) featuring actress Juliette Lewis. Steven Klein was the photographer at the Photo Shoot. In 2015, cosmetics giant Shiseido collaborated with Klein to create a holiday makeup collection. Shiseido used one of Klein’s photographs from the Photo Shoot to promote and advertise their new makeup line. Mourabit did not consent to any use of his makeup design in the 2015 campaign and his part in the creation of the makeup design was not mentioned in the campaign. In June 2018, Mourabit obtained a copyright registration for a drawing of the makeup artistry that Lewis showcased during the Photo Shoot, and then filed a complaint against Steven Klein and Shiseido in New York State Supreme Court alleging copyright infringement based on Mourabit’s copyright registration for the drawing as well as state law claims of unjust enrichment, unfair competition/misappropriation, and violation of New York General Business Law. Shiseido removed the case to the Southern District of New York. During discussions between the parties prior to the defendants’ filing of a Motion to Dismiss, Mouribat conceded that that his copyright claims based upon the drawing should be dismissed. The district court subsequently dismissed all the remaining state law claims holding that they fell within the preemptive scope of the Copyright Act since makeup artistry fits within the “pictorial, graphic, and sculptural works” category and could be “fixed in a tangible medium of expression.” Under the doctrine of complete preemption, the Copyright Act preempts a state law claim when (1) “the claim applies to a work of authorship fixed in a tangible medium of expression and falling within the ambit of one of the categories of copyrightable works,” and (2) “the claim seeks to vindicate legal or equitable rights that are equivalent to one of the bundle of exclusive rights already protected by copyright law under 17 U.S.C. § 106.”

On appeal, Mourabit argued that the work of makeup artistry that he developed for the Photo Shoot did not meet the subject matter requirement of the Copyright Act because  it did  not fall within one of the categories of copyrightable works set forth in 17 U.S.C. § 102, and the makeup artistry was not fixed in a tangible medium of expression. Mourabit did not challenge the district court’s application of the so-called “general scope requirement but focused instead, on the first prong of copyright preemption: the “subject matter requirement.”

The Second Circuit determined that they did not need to “definitively decide whether Mourabit’s Makeup Artistry is a copyrightable work … because the scope of copyright preemption is broader than the scope of copyrightable materials.” The Second Circuit further concluded that for preemption purposes, Mourabit’s makeup artistry falls comfortably within “the broad ambit of the subject matter categories listed in section 102(a) of the Copyright Act.

The court then turned to the issue of whether application of the design to human skin satisfied the fixation requirement for copyright purposes, and determined that a resolution of that issue was unnecessary to decide the case. They affirmed the district court’s judgment on the alternative ground that the makeup artistry was fixed in the photograph taken by Klein. The court noted that under the Copyright Act, “[a] work is ‘fixed’ in a tangible medium of expression when its embodiment in a copy . . . , by or under the authority of the author, is sufficiently permanent or stable to permit it to be perceived, reproduced, or otherwise communicated for a period of more than transitory duration.” Finding that the facts supported the conclusion that Mourabit plainly consented to the photographing of his work by Klein since creating such a photograph was the goal of the Photo Shoot, the court held that the fixation of the makeup artistry in the photograph occurred under Mourabit’s authority.

The academic debate over whether human skin can be the kind of "tangible medium of expression" required for copyright protection remains unanswered. The closest thing to case law on the issue is a 2011 preliminary injunction ruling from a federal judge that said the tattoo artist behind former professional boxer Mike Tyson's famous face tattoo could likely win a copyright case against the producers of "The Hangover 2" for stamping the same design on actor Ed Helms' face for the film, but the case settled prior to an actual ruling. Thus, the lively debate on whether tattoos are protected by copyright law continues.

While the issue of whether makeup and tattoo designs applied to human skin are protected by copyright solely on that basis remains unsettled, it may be advisable for makeup and tattoo artists who wishes to preserve copyright rights in their designs, create a drawing of the makeup/tattoo artistry on paper prior to applying the makeup/tattoo to a human and take a photograph of the design once applied to human skin. The artist may then seek copyright registrations based on the drawing or photograph.

We will report on any further developments on this issue as they arise. 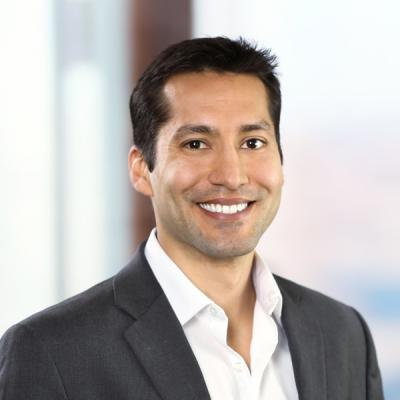