We’ve previously written that the best defense to an IPR challenge is avoiding IPR institution altogether. In addition to the other tips discussed in this series of posts, another strategy for avoiding institution is focusing the Patent Owner’s Preliminary Response (“POPR”) on areas where the Petitioner failed to adequately support its argument. In doing so, a Patent Owner should avoid making arguments concerning the facts or disputing the facts supported by a Petitioner’s expert.

The regulations governing IPR procedure state that for purposes of deciding whether to institute an IPR, disputes of material fact “will be viewed in the light most favorable to the petitioner.” 37 C.F.R § 42.108(c). If such factual disputes are resolved in a Petitioner’s favor, they will be ineffective at convincing the Board to decline instituting the IPR. Although Patent Owners may submit an expert declaration with the POPR to rebut the testimony of a Petitioner’s expert, any conflicting statements of fact (e.g., a battle of the experts) will be resolved in favor of the Petitioner when deciding whether to institute an IPR. With the goal of avoiding institution, dedicating space in the POPR to disputing factual issues is not the best strategy.

The Board consistently resolves competing arguments of fact concerning whether a person of ordinary skill in the art would combine the teachings of two references in favor of petitioners. See, e.g., Microsoft Corporation v. Bradium Technologies LLC, IPR2016-01897, Paper No. 17 at 26 (Apr. 5, 2017). Indeed, even when the Board acknowledges that a “Petition is weak” with regard to a factual issue, the Board will still resolve the fact in a light favorable to a Petitioner when determining institution. See, e.g., Apple Inc. v. Qualcomm Inc., IPR2018-01245, Paper No. 12 at 15-16 (Jan. 16, 2019) (discussing whether the asserted prior art is analogous art to the challenged patent).

Rather than disputing factual issues, Patent Owners should focus on identifying failures of proof in the Petition, such as a Petitioner’s failure to identify a particular claim element in a cited prior reference or adequately address why a particular ground is not based on the same or substantially the same prior art or argument previously presented to the office under 35 U.S.C. § 325. The burden is on Petitioner to demonstrate a reasonable likelihood of invalidating at least one claim and, thus, by identifying an undisputed hole in the Petition’s evidentiary showing or legal analysis prevents the Board from concluding that a trial is needed to develop the record and resolve factual disputes between the parties and their experts. In other words, when drafting the Preliminary Response, a Patent Owner should constantly be thinking about the best way to prevent the Board from identifying and reacting to potential factual disputes – including whether a particular combination or claimed feature would have been obvious – in favor of instituting an IPR trial to resolve those disputes. The argument should be framed to show that such deficiencies demonstrate that a Petitioner has not even brought into question whether it is likely to succeed on the merits with respect to a particular claim element. And because the Board must institute on all challenged grounds or none at all (SAS Institute Inc. v. Iancu, 138 S. Ct. 1348 (2018)), Patent Owners should focus on finding deficiencies in a Petition common to all challenged grounds. With these guideposts in mind, we have found that Patent Owners will increase their odds of avoiding institution and saving their intellectual property.

Look for our next post, “Tip #5 for Avoiding IPR Institution: Policing KSR’s motivation requirement for the ‘how’ and ‘why’” coming soon!

* The content of this post does not constitute legal advice and we recommend you discuss options with your attorney prior to making legal decisions. 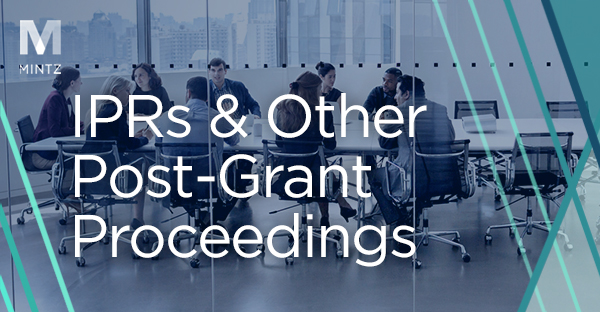 Tip #5 for Avoiding IPR Institution: Policing KSR’s motivation requirement for the ‘how’ and ‘why’.