On September 23, 2016, the United States Court of Appeals for the First Circuit concluded that, “for now, at least, the long war over Long Wharf is at an end.” The Court’s ruling in Boston Redevelopment Auth. v. Nat’l Park Serv., No. 15-2270 (1st Cir. 2016), effectively halted the City’s plans to facilitate further redevelopment of Boston’s Long Wharf by holding that the National Park Service acted neither arbitrarily nor capriciously in determining that a particular portion of that wharf falls within an area protected from conversion to uses other than public outdoor recreational use.

Long Wharf juts into Boston Harbor and currently contains the Marriott Long Wharf hotel, and a separate building housing a restaurant and offices, and serves as a docking and launch site for a variety of harbor tours, whale watches, and passenger boats. An open pavilion stands at the northern end of the wharf and is the subject of the Court’s decision. The Boston Redevelopment Authority, now doing business as the Boston Planning & Development Agency (the “BRA,” herein), is a public body created by state law, which serves as the City of Boston’s Planning Board, and is tasked under Massachusetts General Laws Chapter 121B with pursuing urban renewal and other planning and public development activities in the City of Boston. The BRA wishes to facilitate the redevelopment of the Long Wharf pavilion for commercial purposes, specifically a waterfront restaurant and bar. The National Park Service has refused to grant the BRA permission, insisting that the land must remain open for outdoor public recreational use.

The dispute stems from a grant of nearly $800,000 in federal funds, derived from the Land and Water Conservation Fund (“LWCF”), and issued to the Commonwealth of Massachusetts in the early 1980’s. Projects developed with these funds are subject to conditions set forth in the LWCF Act. Specifically at issue in this case was section 6 of the Act, which preserves parcels acquired or developed with financial assistance from the LWCF. See 54 U.S.C. 200305 §(f)(3).  These protected parcels are referred to as “Section 6 (f) areas,” and grant recipients are prohibited from converting them from public outdoor recreation use absent federal agency consent, and without providing a substitute property of equal fair market value and reasonably equivalent usefulness and location. See 36 C.F.R. § 59.3.

The BRA sued the National Park Service in the United States District Court for the District of Massachusetts. Because both parties treated the case as a suit for judicial review of an agency action, the Court paid little attention to the BRA’s arguments that the National Park Service’s decision was not agency action subject to review under the Administrative Procedure Act, but rather an attempt to encumber land, which should be reviewed de novo. The Court also quickly dispatched the BRA’s arguments that it was denied due process. Instead, the First Circuit’s decision focuses on whether it was reasonable for the National Park Service to conclude that the 1980 map correctly established the Section 6(f) boundaries. Constrained by the standards of administrative law, the First Circuit affirmed the District Court’s decision that the record provided ample support for the National Park Service’s conclusion, upholding its determination that the Long Wharf pavilion constitutes a Section 6(f) area preserved for public outdoor recreational uses.

Importantly, the First Circuit recognized that its holding is narrow. The decision expressly leaves open for another case, the question of whether such disputes should be handled as “straight litigation” rather than a judicial review of agency action, and further suggests that it is at least arguable that this case should have been viewed as a suit based in contract.

The LWCF Act protections at issue here add another layer to the complex process of navigating urban waterfront development. At its core, this case speaks to the importance of careful review and planning in the pursuit of development of areas traditionally or contractually held out for public recreational use. But by leaving open how disputes over Section 6(f) areas should be resolved in the future, the decision may leave certain parcels in a fog. 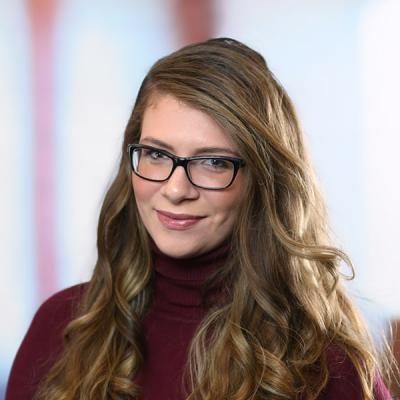 Julianna I. Hanlon handles a variety of litigation matters. Before joining Mintz, she was a Rule 3.03 student practitioner in Northeastern University’s Poverty Law Clinic. During law school, Julianna served as a law clerk at two Boston firms.