To facilitate lending to small and mid-sized businesses in good financial standing before the COVID-19 pandemic, the Federal Reserve recently announced two term loan facilities under its Main Street Lending Program. Providing up to $600 billion in combined availability, these two facilities may provide attractive liquidity options for qualifying companies impacted by the pandemic. Eligible companies may include those (i) otherwise ineligible for the Paycheck Protection Program (“PPP”) loans or Economic Injury Disaster (“EIDL”) loans made available by the U.S. Small Business Administration (“SBA”) because of failure to qualify based on size or other standards or (ii) that have otherwise received or applied for PPP loans.[1] Although further guidance and adjustments are anticipated, the initial terms issued by the Federal Reserve, and discussed further below, enable interested companies to evaluate eligibility, consider impacts on debt service, capital structure and strategic planning, and identify and prepare to address potential obstacles under existing debt, equity and other agreements.

Many questions regarding these facilities remain outstanding at this time, including with respect to when the programs will be open for application and the process for applying. We will endeavor to update this article as necessary.

The Main Street Lending Program includes (i) the Main Street New Loan Facility (“New Facility”), for making new term loans, and (ii) the Main Street Expanded Loan Facility (“Expanded Facility”), for upsizing existing term loans made by eligible lenders. Eligible lenders will hold 5% and the Federal Reserve will purchase at par a 95% participation in each new loan and upsized tranche, sharing the credit risk on a pari passu basis. The key terms of each facility (as set forth in the New Facility Term Sheet and the Expanded Facility Term Sheet) are discussed below and are the same for each facility, unless otherwise noted.[2]

Eligible Borrowers: Businesses with up to 10,000 employees or up to $2.5 billion in 2019 annual revenues,[3] that are organized under the laws of the United States, have significant domestic operations, and a majority of their employees based in the United States.

Use of Proceeds: A borrower must certify that using the proceeds of the loan, it will make reasonable efforts to maintain its payroll and retain its employees during the four-year term of the loan.

Amortization: Amortization payments are deferred for one year. An amortization schedule for the remaining term is not specified.

Interest: Secured Overnight Financing Rate (“SOFR”) + 2.50 – 4.00%. Interest payments are deferred for one year. The timing of interest payments during the remaining term is not specified.[6]

Prepayment: Borrowers may voluntarily prepay the loans without penalty.

Facility Termination: The SPV will cease purchasing participations in eligible loans on September 30, 2020, unless the Federal Reserve and the Treasury extend the applicable facility. The applicable Federal Reserve Bank will continue to fund the SPV after such date until the SPV’s underlying assets mature or are sold.

The size, revenue, and U.S. nexus criteria may raise a number of questions for companies with complex ownership structures, including those with non-U.S. parent companies or subsidiaries. Whether the employee and revenue size limitations will aggregate parent companies and subsidiaries of the entities that are not actual obligors under a facility and, if so, the basis for determining such aggregation, remain open questions.[14]

Use of Proceeds Requirement

The term sheets indicate that a primary use of proceeds must be employee retention, but imply that, so long as this standard is met, otherwise unallocated proceeds may be used for working capital and other general corporate purposes. Much like with respect to PPP loans, segregation of loan proceeds into separate accounts in order to track the use of such proceeds for compliance purposes is advisable.

Unlike the PPP, loans made under these facilities are not eligible for forgiveness and present more substantial trade-offs for companies. Further, the four times and six times leverage limitations applicable to the New Facility and the Expanded Facility, respectively, may limit availability for recently acquired, equity sponsor-backed companies that have not yet substantially de-levered. A company’s leverage level, as typical for any transaction, will be an important decision for any lender’s credit committee in assessing these loans, especially given the retention by lenders (and presumably their permitted assigns) of 5% of the loans. The low pricing for unsecured debt (for New Facilities) and the one-year deferral of principal and interest payments will certainly mitigate debt service concerns of companies in the short term; however, amortization payments beginning in year two, coupled with existing debt service, may become burdensome.

The prohibitions on (i) refinancing of existing debt with loan proceeds and (ii) the repayment of existing debt obligations with equal or lower priority (other than mandatory principal payments) have several implications, including preventing the refinancing of prior expensive “emergency” bridge financing used for the same purposes. Payments on pre-existing debt obligations, such as seller notes, other equity holder loans, and, depending on how “debt” is defined, pre-existing earn-outs, may be blocked. Depending on their terms, such obligations may accrue interest in the meantime or otherwise be accelerated. These issues may not raise short term concerns, but could become problematic if the Main Street Lending Program loans remain outstanding for a substantial period of time. Documentation relating to other debt obligations, including the timing of any mandatory repayments or prepayments, must be reviewed and inform a Company’s decision to apply for or otherwise incur loans under the Main Street Lending Program.

Companies will need to consider the impact of the executive compensation, stock buy-back and dividend restrictions discussed above, which will remain in effect during the life of the loan and with a one-year tail. Further guidance is needed regarding the details of these restrictions, any applicable exceptions (for example, typical allowances for tax distributions, intercompany dividends, dividends to cover expenses of parent companies, director fees and the like), and any penalties resulting from breach of the one-year tail after loans have been repaid. In addition, companies with near term acquisition or other investment strategies will need to be mindful of any potential restrictions on acquisitions or other investments contained in the definitive documentation for such loans.

Companies, equity sponsors, and their respective counsel and advisors should carefully review existing loans documents to determine, among other things, whether facility loans in the amount a company requires may be incurred under existing debt baskets, the impact of such additional leverage on projected financial covenant compliance (in particular if declining EBITDA is projected in the near term), and whether such additional leverage would foreclose certain actions by the company that are subject to leverage and other incurrence tests. Cross-default provisions in senior credit agreements should be analyzed to determine risks that could arise with any actual or purported non-compliance with the facilities documentation. Finally, it is not yet clear whether the SPV will exercise any direct voting rights over its participation in the facilities.

1 The Federal Reserve press release, dated April 9, 2020 (“April 9 Fed Press Release”), states that “[f]irms that have taken advantage of the PPP may also take out Main Street loans.” The applicable term sheets are silent on this point. Neither the press release nor the term sheets addresses whether application for or receipt of EIDL loans affects eligibility for either facility under the Main Street Lending Program.

2 The discussion of key terms of each facility is based on the terms sheets, dated as of April 9, 2020. Terms for the Expanded Main Street Facility apply only to the upsized tranche of existing loans.

3 Subject to further guidance, we interpret the language of the term sheets to mean that companies may qualify by having either (i) no more than 10,000 employees or (ii) no more than $2.5 billion in 2019 annual revenues. Note that there is no requirement that a company have a minimum of 500 employees, as alluded to in the programs contemplated by the CARES Act under the heading “Assistance for Mid-Sized Businesses”. See Coronavirus Aid, Relief, and Economic Security Act (“CARES Act”), H.R. 748, 116th Con. (2020), § 4003(c)(3)(D).

4 Lender eligibility requirements disqualify many non-bank alternative lenders and funds from participation, as well as foreign lenders, each of which accounts for a significant segment of middle market lending activity. Separate federal programs, including the Term Asset-Backed Securities Loan Facility (TALF), are designed to provide liquidity directly to CLOs to fund debt investments.

5 The term sheet defines EBITDA at its most basic formulation: earnings before interest, taxes, depreciation, and amortization. Although the April 9 Fed Press Release states that the loans are intended for small and mid-sized businesses “in good financial standing before the pandemic” and normalizing EBITDA to add-back significant one-time costs for such businesses occurring in 2019 would be typical in the commercial lending market, the current EBITDA definition does not provide for those or other market EBITDA add-backs.

6 The exact calculation of SOFR (the likely upcoming replacement of the LIBOR Rate) for these purposes is not yet clear and will need to be vetted and implemented in the internal systems of the lenders providing loans under this program.

8 We would expect the same exception for interest payments, though the term sheet is silent.

9 Much like the “current economic uncertainty” certification for the PPP, there is no guidance describing parameters for this economic self-certification, which uses language that differs from the PPP and the “Assistance for Mid-Sized Businesses” statutory language in the CARES Act, section 4003(c)(3)(D)(i)(I). If applying for loans under the Main Street Programs, it would be prudent for companies and their boards to document for their records their rationale for the loan, including projected liquidity needs under various assumptions and scenarios, taking into account the uncertainties caused by the pandemic.

12 We interpret this certification to, in addition to the conflict of interest prohibition, apply to the size, domestic organization and domestic operations and majority work force requirements. Under the CARES Act no conflict of interest prohibition, an entity in which the President, the Vice President, the head of an Executive department, or a Member of Congress, or a spouse, child, son-in-law, or daughter-in-law of such person, directly or indirectly holds a 20% or larger voting or economic interest cannot take part in designated programs. CARES Act, H.R. 748, 116th Con. (2020) § 4019(b).

13 We note that the Federal Reserve has not announced programs contemplated by the CARES Act under the heading “Assistance for Mid-Sized Businesses” under the $454 billion authorization for the Treasury to make loans to eligible businesses. Noticeably missing from the express terms and attestations for the New Facility and the Expanded Facility are, among others, the following terms contemplated by the CARES Act for the Assistance for Mid-Sized Businesses program: (i) the requirement to retain at least 90% of the borrower’s workforce, at full compensation and benefits, until September 30, 2020; (ii) the requirement to restore at least 90% of the borrower’s workforce that existed before February 1, 2020, and restore all compensation and benefits to the borrower’s workforce no later than 4 months after the termination of the declared public health emergency arising from the pandemic; (iii) the requirement not to outsource or offshore jobs until 2 years after repayment of the loans, not to abrogate existing collective bargaining agreements until 2 year after repayment of the loan, and to remain neutral in any union organizing effort during the term of the loan.

14 The PPP and the EIDL, as administered by the SBA, rely on principles set forth in existing SBA rules, guidance and administrative case law. Absent further guidance from the Federal Reserve or the Treasury, companies should not assume that prior analysis regarding eligibility for the PPP or EIDL programs will necessarily apply to determining eligibility for loans under the Main Street Lending Program. 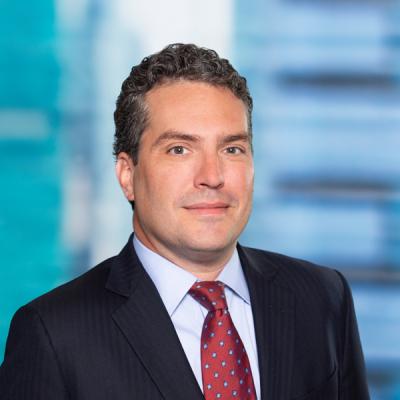 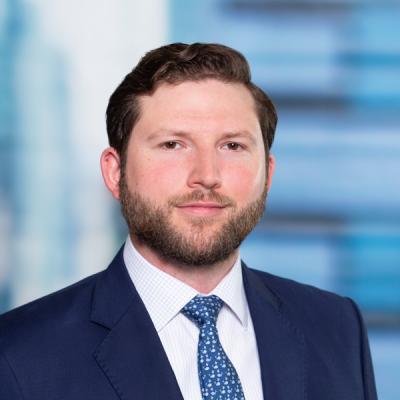 Joseph J. Ronca is a Mintz attorney who concentrates his practice on mergers and acquisitions and debt financing transactions. He also handles a wide variety of general corporate matters. His clients include public and private companies, private equity funds, and financial institutions.