On April 3, 2019, Finhub, the SEC’s Strategic Hub for Innovation and Financial Technology, released the “Framework for ‘Investment Contract’ analysis of digital assets” (the “Framework”) providing principles for analyzing whether a digital asset[1] constitutes an investment contract, and thus a security. The same day, the SEC’s Division of Corporation Finance (the “Division”) published its first No-Action Letter on digital tokens. The No-Action Letter applies the Framework to a digital asset created by Turnkey Jet, Inc. (“Turnkey Jet”), a company that provides interstate air charter services.

The No-Action Letter indicates that the Division will not recommend enforcement action to the Commission if Turnkey Jet offers and sells digital tokens without registration under the Securities Act and the Exchange Act, confirming that utility tokens exist in the American landscape of digital assets. The Division based its decision on six very restrictive characteristics of the token:

Thus, to be considered a utility token and not a security, a token must be for consumption only. Utility tokens appear to be very similar to gift cards: a prepaid store-valued token to be used as an alternative to cash for purchases within a particular company. One may ask, however, why anyone would prepay for a good or service if there are no discounts associated with the purchase and no secondary market on which the service or good can be traded and accrete in value. In the Turnkey Jet case, the main advantage is that the payment settlement via blockchain allows for a more efficient settlement than via the traditional banking system. A payment that would only take seconds on the blockchain could take significantly longer with the traditional banking system.

Under the guidance provided by the Framework and the Turnkey Jet No Action Letter, it is clear that most uses of digital tokens will be limited and the vast majority of digital tokens will fit within the definition of a “security,” and therefore will be subject to federal securities laws that require all offerings and sales of securities either to be registered or qualify for an exemption from registration. Utility tokens have a limited scope: they may not be used to raise capital for an enterprise, may be offered and sold only on a platform that is fully built at the time of the offering, and may not be transferred outside of that platform.

3 In a report published in July 2017 entitled Report of Investigation Pursuant to Section 21(a) of the Securities Exchange Act of 1934, the SEC pronounced that the Howey test should be applied to determine whether a digital token is a security token. 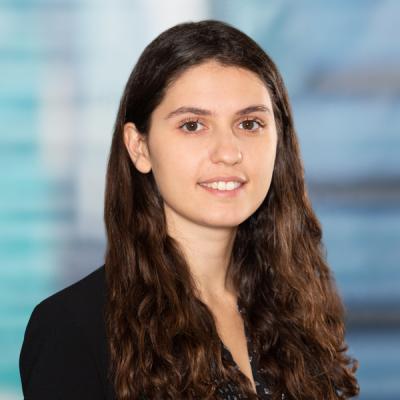 Marine focuses her practice on mergers & acquisitions, corporate transactions, and general corporate matters. She counsels companies in a variety of industries, including technology and energy, as well as start-ups and emerging companies.