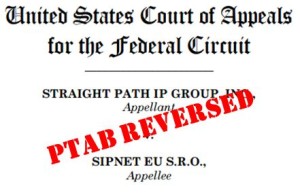 Mintz has won extraordinary relief for its client, Straight Path IP Group, Inc., convincing the Federal Circuit to completely reverse and remand an IPR final written decision adverse to a patent owner for the first time.  In the closely watched Straight Path IP Group, Inc. v. Sipnet EU S.R.O appeal, the Federal Circuit reversed the Patent Trial and Appeal Board’s decision cancelling all challenged claims of Straight Path’s U.S. Patent No. 6,108,704 and remanded for further proceedings under the correct construction advocated by Mintz and Straight Path. No. 15-1212, Slip Op. at 1 (Fed. Cir. Nov. 25, 2015). In determining that the Board’s claim construction was erroneous, the Federal Circuit confirmed that—even under the broadest reasonable interpretation standard—the Board may not construe claim language contrary to its plain meaning absent a clear redefinition or disavowal in the intrinsic record. Id. at 9.

Representative challenged claim 1 describes “a computer program product” used to “establish[] a point-to-point communication link between [a] first process and [a] second process over [a] computer network” and includes the claim element “program code for transmitting, to the server, a query as to whether the second process is connected to computer network.” Id. at 5. In the underlying inter partes review, the parties agreed that the “is connected to the computer network” claim language required “being on-line,” but they disagreed about whether, as Patent Owner Straight Path “contended, the language refers to a present-tense status, or whether, as [Petitioner Sipnet] contended, it ‘simply requires being registered with the server.’” Id. at 6. The Board adopted Sipnet’s construction as the broadest reasonable construction based on the specification, explaining in the final written decision that “‘connected to the computer network’ encompasses a processing unit that is ‘active and on-line at registration.’” Id. at 6 (quoting Sipnet EU S.R.O. v. Straight Path IP Group, Inc., IPR 2013-246, 2014 WL 5144564, at *3 (PTAB Oct. 9, 2014)). Based on this construction, the Board found that the challenged claims were unpatentable. Id.

On appeal, the Federal Circuit rejected the Board’s claim construction, faulting the Board for turning to the patent specification to support a claim interpretation at odds with the plain meaning of the claim language itself. In coming to this determination, the Court first highlighted the clarity of the claim terms at issue:

The present tense “is” in “is connected to the computer network” plainly says that the query transmitted to the server seeks to determine whether the second unit is connected at that time, i.e., connected at the time that the query is sent. The question asked by the query is whether the device “is” connected, not whether it was connected or whether it is still registered as being connected even if that registration information is no longer accurate. It is not a reasonable interpretation of the claim language, considering its plain meaning, to say that it is satisfied by a query that asks only for registration information, regardless of its current accuracy.

When claim language has as plain a meaning on an issue as the language does here, leaving no genuine uncertainties on interpretive questions relevant to the case, it is particularly difficult to conclude that the specification reasonably supports a different meaning. The specification plays a more limited role than in the common situation where claim terms are uncertain in meaning in relevant respects. The reason is that, unless there is a disclaimer or redefinition, whether explicit or implicit, the proper construction of any claim language must, among other things, “stay [] true to the claim language,” and, in order to avoid giving invention-defining effect to specification language included for other descriptive and enablement purposes, “the court's focus remains on understanding how a person of ordinary skill in the art would understand the claim terms.”

This opinion is notable for two reasons.  First, this is the first time that a patent owner has convinced the Federal Circuit to entirely reverse and remand an adverse IPR final written decision. Second, the Federal Circuit has confirmed that, like district courts, the Board may not use the specification to redefine the plain meaning of claim language absent a clear redefinition or disavowal. 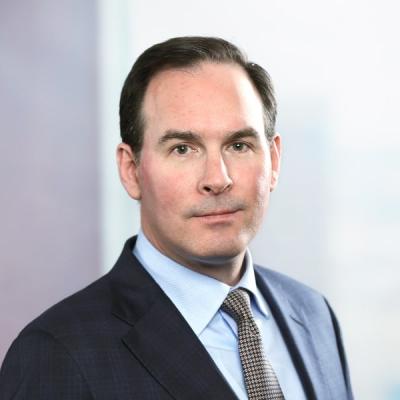