In a unanimous decision handed down on June 19th, the U.S. Supreme Court struck down as unconstitutional a long-standing prohibition against federal registration of “disparaging” trademarks, finding that the this provision of the Lanham Act violates the Free Speech Clause of the First Amendment.

We have been tracking this case since 2013, when the TTAB refused registration of the mark  THE SLANTS for an Oregon rock band. The Patent and Trademark Office (PTO) denied the application under  Section  2(a) of the Lanham Act which prohibited the registration of marks that may “disparage . . . or bring . . . into contemp[t] or disrepute” any “persons, living or dead.” 15 U. S. C. §1052(a). The PTO found the mark to be a derogatory or offensive term for people of Asian descent. The Federal Circuit reversed the PTO, finding the disparagement clause of the Lanham Act unconstitutional, and the government appealed.

The Supreme Court affirmed the Federal Circuit, finding the provision to be a violation of the Free Speech Clause of the First Amendment. Judge Alito writing for the majority stated the statute “offends a bedrock First Amendment principle: Speech may not be banned on the ground that it expresses ideas that offend.” The Supreme Court rejected the government’s position that it could regulate offensive trademarks under the government-speech doctrine, stating it was “far-fetched” that the content of a federal trademark registration is somehow an expression by the government. Emphasizing that the granting of a trademark registration does not impart any endorsement by the government, Judge Alito concluded that “[t]rademarks are private, not government, speech” and that any effort by the government to control that content constituted “viewpoint discrimination.”

The Court also dismissed the government’s arguments that trademark registrations were “government subsidies” or part of a “government program.”

Turning to the issue of whether the trademark was “commercial speech” subject to a more relaxed scrutiny, the Court stated that it need not answer that question since the disparagement clause could not meet the requirements of the Central Hudson case. That case held that a restriction on speech must serve “a substantial interest” and it must be “narrowly drawn.”  Having already determined that there was no substantial interest protected by the disparagement clause and that it was an impermissible violation of the Free Speech Clause, the Court then noted that the statutory provision as written was “far too broad” and went “much further than is necessary to serve the interest asserted.”

In addition to allowing THE SLANTS mark to register, this decision will also resolve the decades-long and still pending disputes over the Washington Redskins trademark registrations which had been canceled under the same disparagement clause.

The far-reaching importance of this case cannot be overstated. The Court continues to draw a very strict line in the sand when it comes to the parameters of free speech. Whether Congress can, should it choose to do so, rewrite this section of the Lanham Act to pass constitutional scrutiny is difficult to predict. However, given the Court’s strong, simple, and straightforward language in the opinion, such an effort would be very challenging.

The impact of this decision on the actual issuance of federal trademark registrations will probably not be as significant as is the scope of this opinion. Since trademarks are brand identifiers, the owners of which use in connection with the sale or distribution of products or services, it is very unlikely that the public will encourage and embrace hateful and offensive trademarks which “disparage” persons, institutions, or beliefs. Moreover, it is unlikely that there will be a deluge of applicants eager to spend the time, money, and effort to seek registration of hateful and offensive trademarks that will probably not have any significant financial value.

Finally, this decision was specifically limited to the consideration of marks which may “disparage.” The statutory provision at issue also states that registration shall be refused to marks which consist of or comprise “immoral” and “scandalous” content. Challenges to these portions of the statute are likely. We will keep you posted on any further developments.

After the Supreme Court Touchdown, Washington Redskins Are Finally Winning at the Fourth Circuit and the PTO 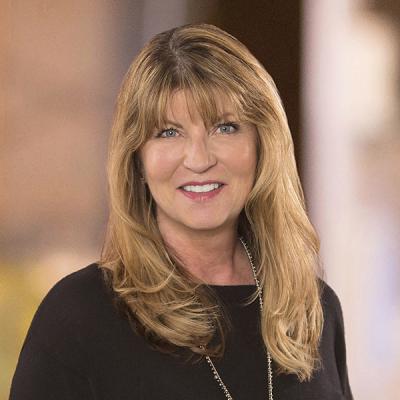