Under Medicare Part C, also known as Medicare Advantage, MAOs like Anthem provide health insurance coverage for Medicare beneficiaries who opt out of traditional Medicare.  In order to receive payments from CMS for services rendered to their beneficiaries, MAOs submit diagnosis data to CMS based on patients’ medical conditions and demographic factors.  CMS uses this information to calculate a “risk score” for each beneficiary that translates into CMS’ monthly capitated payments to MAOs for each beneficiary.

The complaint, filed by the U.S. Attorney’s Office for the Southern District of New York (SDNY), alleges that Anthem, though a coding vendor, implemented a “retrospective chart review” program to identify additional diagnosis codes within its beneficiaries’ medical records to submit to CMS.  Specifically, the complaint alleges that, although Anthem marketed this program as an “oversight activity” that would help ensure ICD codes were accurately reported to CMS, Anthem purportedly used the chart review program to find additional diagnosis codes to submit to CMS to increase risk scores and thus enhance revenue.  Despite Anthem's obligation to find and delete inaccurate diagnosis codes, the complaint asserts that Anthem turned “a blind eye” to negative results where chart reviews could not substantiate previously submitted diagnosis codes.

The complaint alleges that, as one of the nation’s largest MAOs, Anthem allegedly “could have readily written a computer algorithm to find inaccurately reported diagnosis codes” (without citing authority requiring it to do so), yet it intentionally avoided finding and deleting inaccurate codes that would have reduced the company’s Medicare revenue.  Additionally, the complaint alleges that Anthem made false attestations to CMS when it annually certified that its data submissions were “accurate, complete, and truthful” to its “best knowledge, information and belief.”

According to the government, Anthem’s “one-sided chart review program” resulted in thousands of inaccurate diagnosis codes, and often generated extraordinary profits of $100 million or more per year in additional revenue for the company.

As predicated in our 2020 outlook post, we continue to see enforcement activity and ongoing litigation against Medicare Advantage plans.  Notably, this trend is referenced in the SDNY’s complaint, alleging that the government has “sought to enforce” data accuracy in the risk adjustment system by “actively pursuing legal remedies against [] MAOs that have knowingly submitted inaccurate and untruthful diagnosis data to CMS[.]”  The complaint provides four examples of settlements obtained from 2012-2019 against MAOs and healthcare providers who, purportedly like Anthem, submitted inaccurate diagnosis codes to CMS or allegedly failed to delete unsupported diagnosis codes.

This case is also notable because the government’s complaint was not obviously a result of a whistleblower, or qui tam, action.  DOJ brought the case on its own.  According to recent DOJ statistics, less than 20% of FCA matters brought last year were non-whistleblower cases.  This, too, emphasizes DOJ’s heightened focus on MAOs and, in particular, the government’s significant scrutiny of MAOs’ risk adjustment activities, such as retrospective chart review programs, that are tied to the payments plans receive from CMS.

We will continue to monitor new FCA actions brought against Medicare Advantage plans and observe ongoing litigation in this area. 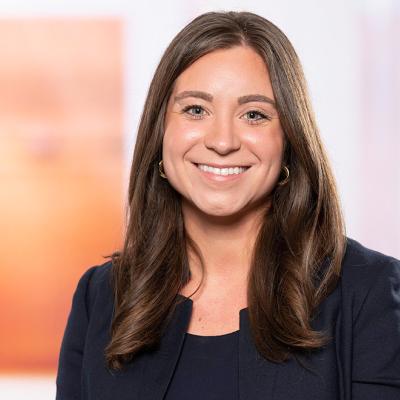