On January 12, 2022, the co-owner of a clinical research site in Miami, Florida pleaded guilty to one count of obstruction of justice after she knowingly lied to a United States Food and Drug Administration (FDA) investigator during a 2017 regulatory inspection.  Olga Torres co-owned the clinical research site, Unlimited Medical Research (UMR).  During its years of operation, UMR was engaged as a clinical trial site by a number of pharmaceutical companies. The conduct that led to the obstruction of justice charge stemmed from a clinical trial conducted at UMR to evaluate the safety and efficacy of a pediatric asthma drug.

A clinical trial is a research study conducted in humans designed to help clinical investigators evaluate the safety and effectiveness of a new drug.  It is governed by a protocol that describes the objectives, design, methodology, statistical considerations, and organization of the clinical trial.  Data generated in clinical trials are submitted to FDA, which relies on the truthfulness and accuracy of such data to make regulatory decisions regarding the approval of the new drug.  The FDA, pursuant to the Federal Food, Drug, and Cosmetic Act, conducts inspections of clinical investigators and clinical trial records to ensure compliance with the clinical trial protocol and applicable laws and regulations.  Pharmaceutical companies seeking to launch new drugs sponsor the clinical trials but do not conduct them directly; instead, they engage trial sites and principal investigators to enroll subjects and conduct the trials.  These sites may be academic medical centers, community hospital, physician practices, or entities like UMR established specifically to conduct clinical research.  Often, pharmaceutical companies engage a clinical research organization (CRO) to help them manage clinical trials, including the selection and oversight of sites.  In the UMR case, the sponsor of the trial had engaged a CRO and that CRO had apparently contracted with UMR.

The FDA interviewed Torres as part of its regulatory inspection of the clinical trial conducted at UMR in 2017.  In the factual proffer offered with Torres’ guilty plea, Torres agreed to facts sufficient to prove an obstruction of justice charge.  Specifically, Torres made a number of false statements to FDA investigators to create the appearance that the clinical trial had been conducted legitimately and honestly when she knew that it had not.  For example, she told FDA investigators that UMR prepared accurate and complete medical records in conjunction with the clinical trial and that study subjects were seen at UMR and not another location.  Torres knew that neither of these statements were true, yet she signed an affidavit prepared by the FDA memorializing these falsities.  In fact, the records of the study subjects had been falsified and UMR had fabricated data showing that subjects had attended study visits at UMR.

Previously, the principal investigator and others involved in the trial had pleaded guilty to wire fraud in connection with the pediatric asthma study.

Clinical trial fraud is a fairly recent subject of federal fraud enforcement.  In December 2021, Deputy Assistant Attorney General (AAG) Arun G. Rao delivered remarks at the Food & Drug Law Institute’s (FDLI) 2021 Enforcement, Litigation and Compliance Conference indicating that the Department of Justice’s Consumer Protection Branch has focused its efforts on combatting clinical trial fraud over the past several months.  Deputy AAG Rao explained that fabricated clinical trial fraud can result in dangerous consequences if relied upon by those making material decisions about the safety and efficacy of a drug, and falsification of clinical trial data can undermine confidence in the healthcare industry as a whole.  We expect to see further clinical trial fraud actions in the coming months.

The case also speaks to the need for sponsors and CROs to be vigilant in selecting and monitoring clinical trial sites and principal investigators. 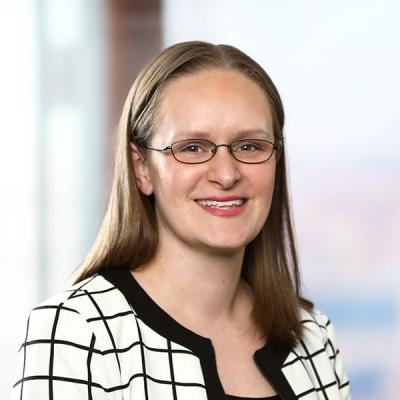