In an order released on March 19, 2015, U.S. District Court Judge Richard Seeborg of the Northern District of California denied Amgen’s motion for judgment on the pleadings as well as its request for a preliminary injunction to prevent Sandoz from marketing its drug Zarxio®.  Amgen v. Sandoz, No. 14-cv-04741-RS (N.D. Cal. Mar. 19, 2015).  The ruling was consistent with the judge’s earlier statements regarding Amgen’s motions during a hearing held on March 13, 2015.

On March 6, 2015, the U.S. Food and Drug Administration (FDA) granted approval for Zarxio®, making the pharmaceutical company Sandoz the first company to win approval of a “biosimilar” product. Zarxio® is biosimilar to Amgen’s Neupogen® (filgrastim), which was originally approved for use in 1991 to stimulate the proliferation and differentiation of white blood cells. On July 24, 2014, Sandoz announced that the FDA had accepted its Biologics License Application (BLA) for filgrastim, an application which was filed under the new biosimilar pathway created in the Biologics Price Competition and Innovation Act of 2009 (BPCIA).

Amgen brought suit on October 24, 2014, alleging that Sandoz violated the terms of the BPCIA for biosimilar applicants and asserting, among other claims, California state law claims for unfair competition.  Additionally, Amgen argued that because Sandoz failed to comply with the requirements of the BPCIA it should be enjoined from entering the market with its biosimilar version of Neupogen®.  Amgen subsequently moved for a preliminary injunction on February 5, 2015.

Amgen’s complaint hinges on the resolution of two issues pertaining to statutory interpretation of the BPCIA.  First, the BPCIA states that a biosimilar applicant “shall” provide the “reference product sponsor” (in this case, Amgen) with a copy of the BLA “and such other information that describes the process or processes used to manufacture the biological product that is the subject of such application” within 20 days after FDA informs the applicant that its BLA has been accepted for review. 42 USC § 262(l)(2)(A).

Sandoz argued that it offered to produce its BLA for Amgen subject to confidentiality protections in July of 2014 – i.e. within the 20 day period required by the BPCIA - but that Amgen declined the offer as well as all subsequent offers by Sandoz to share the BLA.  Amgen countered by asserting that the BPCIA was very clear with respect to what biosimilar applicants “shall” be required to do and argued that by not sharing details of its manufacturing process, Sandoz prevented Amgen from being able to determine which of its patents were appropriate for assertion against Sandoz, which was contrary to the statutory purpose underlying the BPCIA.  Sandoz countered Amgen’s argument by noting that the BPCIA already contained a remedy for reference product sponsors when biosimilar applicants fail to deliver a copy of the accepted BLA and details related to manufacturing.

While Judge Seeborg noted during oral argument that use of the word “shall” in the text of the BPCIA suggests that a party’s failure to act in the proscribed would not be an option, in his order he stated that “Sandoz’s overall interpretation of the statute’s plain language is more persuasive.” Amgen v. Sandoz, No. 14-cv-04741-RS (N.D. Cal. Mar. 19, 2015)  He further stated during oral argument that a fair reading of the relevant statutory section indicates that the BPCIA contemplates and provides a self-effectuating remedy if a biosimilar applicant fails to supply the reference product sponsor with the required information within 20 days of BLA acceptance: namely, that the product sponsor may bring suit immediately and assert whatever and as many patents that it believes are relevant. See BPCIA § 7002(c)(1)(A)(iii), codified at 35 U.S.C. § 271(e)(2)(C)(i)-(ii).   Judge Seeborg concluded that “[t]t is therefore evident that Congress intended merely to encourage use of the statute’s dispute resolution process in favor of litigation, where practicable, with the carrot of a safe harbor for applicants who otherwise would remain vulnerable to suit. Id.

The other issue pertains to the 180-day window for bringing a preliminary injunction against the biosimilar applicant following receipt of a “notice of commercial marketing” as required by the BPCIA. 42 USC § 262(l)(8)(A).  Sandoz argued that the 180-day period in its case should begin at the time of acceptance of the BLA by the FDA, because Sandoz notified Amgen in July of 2014 that it intended to market a product biosimilar to Neupogen® sometime around the anticipated FDA approval date in early March, 2015.  Amgen countered that the language of 42 USC § 262(l)(8)(A) specifically refers to a “biological product licensed under” the BPCIA, which presumes that the licensure must occur before the 180-day notice period can begin.

During oral argument, Judge Seeborg expressed concern that applying the 180-day period according to Amgen’s theory would in essence give Amgen an additional 180 days of exclusivity to market Neupogen®, which seemed contrary to the intent of Congress for a provision meant only to provide notice.  This concern is also expressed in his order, with Judge Seeborg noting that “[b]ecause the FDA cannot license a biosimilar until twelve years after approval of a reference product, Amgen’s reading would tack an unconditional extra six months of market exclusivity onto the twelve years reference product sponsors already enjoy under 42 U.S.C. §262(k)(7)(A).”  Id. He added “[h]ad Congress intended to make the exclusivity period twelve and one-half years, it could not have chosen a more convoluted method of doing so.” Id.

In sum, at oral argument, Judge Seeborg stated that, as a matter of law, he did not believe Sandoz violated the BPCIA in regard to the 20 day provision related to providing the BLA and manufacturing details.  Nor did he believe that Sandoz prematurely gave Amgen notice of its intent to commercially market the biosimilar in July of 2014.  As a result, in his order, Judge Seeborg denied Amgen’s state law claims.  Further, because Amgen did not demonstrate that it was likely to succeed on the merits, Judge Seeborg denied Amgen’s preliminary injunction motion as well. 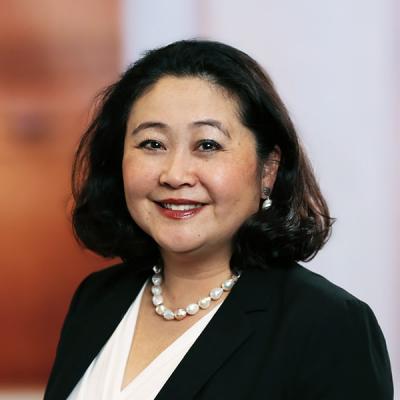 Terri Shieh-Newton, PhD, is a Mintz Member who guides clients on portfolio management and landscape analysis. She's a trained immunologist with a PhD in Cellular and Molecular Medicine, and she works with companies of all sizes in a wide range of life sciences and clean technology industries.