On December 5, 2019, Judge David C. Godbey of the Northern District of Texas denied the defendant Diebold Nixdorf, Inc.’s (“Diebold”) motion to dismiss under Rule 12(b)(6), in Nautilus Hyosung Inc. v. Diebold, Inc. et al., 3-16-cv-00364 (N.D. Tex.).  Diebold filed the motion after the Federal Circuit reversed the International Trade Commission’s (“ITC”) finding of infringement in a parallel Section 337 investigation.  Instead, the Federal Circuit held that the one patent in the suit was invalid due to indefiniteness.  Despite this binding decision from the higher court, Judge Godbey reasoned that because the patent infringement claim was adequately pled, factual issues related to indefiniteness could not be resolved on the pleadings and therefore denied the motion.

Hyosung TNS Inc. (“Hyosung”), a South Korean corporation with a global foothold in the self-service banking solutions industry, filed suit on February 9, 2016 in district court, alleging that Diebold infringed four of its patents relating to automated teller machines (“ATMs”).  The district court case was stayed pending determination in a parallel ITC investigation filed by Hyosung, Certain Automated Teller Machines, ATM Modules, Components Thereof, and Products Containing the Same, Inv. No. 337-TA-989, alleging that Diebold had infringed the same four patents.  During the pendency of the ITC investigation, all asserted claims of three of the patents were terminated, leaving only U.S. Patent No. 8,523,235 (“the ’235 patent”).  On March 13, 2017, ITC Administrative Law Judge David P. Shaw ruled that the ’235 patent was valid, and that Diebold infringed certain claims of the ’235 patent.  The Commission affirmed, finding a violation of Section 337.

Diebold appealed to the Commission’s opinion to Federal Circuit, which, on August 15, 2018, concluded that the term “cheque standby unit” in the ’235 patent is a means-plus-function term subject to 35 U.S.C. § 112, para. 6.  Then, in holding that the specification did not disclose sufficient structure corresponding to the claimed function, the Federal Circuit deemed the asserted claims invalid for indefiniteness, and reversed the Commission’s finding that Diebold violated Section 337.  The Commission later rescinded the limited exclusion order and cease-and-desist orders, and terminated any related proceedings.  Hyosung then moved to lift the stay in district court, and the court granted the motion on March 15, 2019.

Hyosung filed an amended complaint soon thereafter, alleging only one count of infringement of the ’235 patent.  In response, Diebold filed a motion to dismiss, arguing that Judge Godbey was bound by the Federal Circuit’s ruling even though it was not preclusive, because validity determinations are legal conclusions that may not be disregarded absent “thoroughly justified grounds.”  Texas Instruments, Inc. v. Cypress Semiconductor Corp., 90 F.3d 1558, 1569 (Fed. Cir. 1996).  Diebold further argued that because Hyosung’s amended complaint contained no facts to establish “thoroughly justified grounds” for deviating from the Federal Circuit’s ruling, the court should dismiss the amended complaint.

The district court disagreed, emphasizing that Federal Circuit acknowledged that trial courts look at factual disputes prior to construing claims and arriving at legal conclusions.  The district court then considered that there may be evidence not presented on the ITC administrative record reviewed by the Federal Circuit that could merit a different claim construction and different conclusion on the validity of the ’235 patent.  Because the district court found that Hyosung had adequately pled a claim for patent infringement, and because the question of the ’235 patent’s validity was factual issue that could not be resolved on the pleadings, the court denied Diebold’s motion.

Whether Hyosang is able to survive a § 112 analysis before the district court remains to be seen, but this case highlights the importance of utilizing different avenues when litigating patent infringement.  Patent owners should always consider a multi-pronged approach when seeking to protect and enforce their intellectual property.  As this case shows, in the event that one action leads to an unfavorable conclusion, alternate avenues may remain viable. 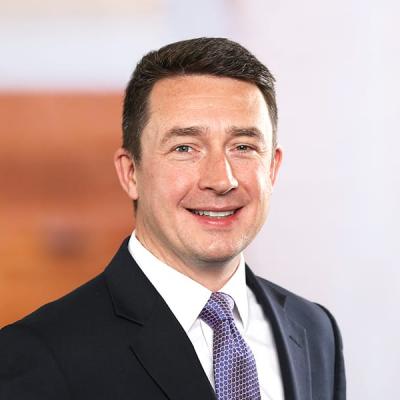