The United States District Court of the District of Connecticut will soon decide whether a putative class member may intervene “for the limited purpose of tolling the statute of repose.” Statutes of repose place an outer limit on when a claim can be brought. For example, claims brought under Sections 11 and 12 of the Securities Act of 1933 are subject to a 3-year statute of repose, and claims brought under Sections 10(b) and 20(a) of the Securities Exchange Act of 1934 are subject to a 5-year statute of repose. Less than two-years ago, the U.S. Supreme Court held that unlike statutes of limitations, which may be tolled by the pendency of a class action, statutes of repose cannot be so equitably tolled.  Should the District Court deny the motion, the putative class member, who purchased millions of Teva shares during the proposed class period will be time-barred from opting-out of the securities class action at-issue or asserting its own claims should the action be dismissed.

On February 5, 2019, the day before the running of the Exchange Act’s five-year statute of repose, California State Teachers’ Retirement System (CalSTRS) moved to intervene in Ontario Teachers’ Pension Plan Board v. Teva Pharmaceuticals Industries LTD, a federal securities class action, in which investors claim defendants concealed an alleged price-fixing scheme to inflate its stock price, “for the sole purpose of protecting its claims as alleged in the amended complaint from expiration of a statute of repose.” Unaccompanied by a pleading, the six-page motion relies on the Second Circuit’s 2013 IndyMac decision to support its proposition that passive class members may preserve their claims from expiration of the repose period by moving to intervene. CalSTRS makes clear that it does not seek to bring additional claims against any additional parties, nor does it wish to become a lead plaintiff. CalSTRS simply wishes “to avoid the risk of a time-bar against its claims if the case is dismissed on procedural grounds and to preserve meaningful opt-out rights if a class is certified.”

While acknowledging that Supreme Court and Second Circuit precedent suggest that plaintiffs who wish to pursue individual claims may either move to intervene in an existing action or file a separate lawsuit, defendants provide three reasons why the Court should deny CalSTRS’s motion.

First, defendants argue that the motion is “unprecedented, unwarranted and contrary to the . . . framework” of the Private Securities Litigation Reform Act of 1995 (PLSRA), because an intervenor must become a full participant in the lawsuit. Defendants contend that “[a]llowing CalSTRS to assume the rights of a plaintiff now would undercut the PSLRA’s prescribed mechanism” for appointing a lead plaintiff. Defendants also distinguish this situation from IndyMac, where putative class members sought intervention to assert claims for which lead plaintiffs lacked standing. Defendants surmise that granting such a motion could lead to a slippery slope of “an unlimited number of plaintiffs to intervene in the class action, on their own initiative, to pursue individual ‘opt-out’ claims [that] would create a chaotic hybrid action and inappropriately undermine the statute’s goal of consolidating authority over the litigation in a lead plaintiff specifically appointed by the court.”

Second, defendants argue that CalSTRS’s motion is improper because it fails to comply with Federal Rule of Civil Procedure 24(c), which requires motions to intervene be accompanied by “a pleading that sets out the claim or defense for which intervention is sought.”  Defendants contend that CalSTRS cannot circumvent Rule 24(c) by vaguely purporting to pursue claims that are already in the Amended Consolidated Class Action Complaint.

How the Court rules on the motion will not only affect putative members in the Teva class action, but also putative members in other federal securities class actions. A decision granting CalSTRS’s motion will benefit purported class members who face the expiration of a statute of repose—saving the time and money associated with filing individual actions or proposed complaints attached to motions to intervene. Such a decision may, however, burden courts with a potential influx of last minute intervenors. Should CalSTRS’s motion be denied, the Court’s reasoning will be important for large shareholders to understand how to best protect potential claims. How the Court rules will have significant implications for both the plaintiffs’ bar and the defense bar. In light of this, we will continue to monitor the Teva docket, and provide an update upon the court’s decision. 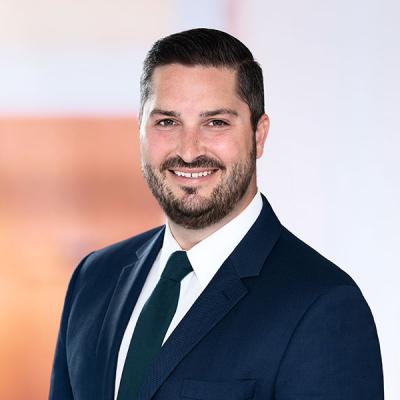