On November 1, Capital One Services, LLC (“Capital One”) filed a Petition for Declaratory Ruling asking the FCC to confirm that if the sender of a lawful autodialed informational text message receives an opt-out text from its customer in response, it may clarify in a confirmation message the scope of the recipient’s opt-out request. Capital One explained that when it receives a customer opt-out in response to an informational text, it must discern the scope of that opt out. It is unclear, for example, whether a customer’s “stop” text to a declined card transaction alert is a request to stop those monitoring alerts only or all texts from Capital One. It explained that ensuring the scope of the opt-out is consistent with consumer intent would best serve the consumer’s interests and choices. The question in this Petition is one faced by many business entities that use text messages to reach out to their customers.

The type of clarifying text message Capital One wants to send would not contain marketing or promotional content, or seek to persuade the customer to opt back in. The Petition asks the FCC to elaborate on the Commission’s previous 2012 SoundBite Ruling, in which it confirmed that a one-time text confirming a request that no further text messages be sent does not violate the TCPA. Capital One provides an example of such a text message in its Petition, and explains that if the customer makes no follow-up clarification as to the scope of the opt-out, Capital One agrees it must treat it as a stop to all Capital One messages.

The Commission released a Public Notice soliciting comments on the Petition on November 7. Comments and reply comments are due December 9 and December 24, respectively.

Otherwise, the lull continues in TCPA-land. No TCPA or robocall items are slated for the November 19, 2019 FCC Open Meeting, and the FCC did not release any TCPA-related items since our last Digest. However, the agency continues to review comments submitted on past petitions and meet with stakeholders to discuss issues related to ongoing TCPA proceedings.

Several stakeholders met with FCC staff over the past month to discuss issues related to implementation of its recent default opt-out call blocking Declaratory Ruling and Third Further Notice of Proposed Rulemaking. The comment and reply comment periods have closed on the proposals, but the Commission has not yet released any additional clarifications or rulings. Specifically, major industry groups CTIA, NCTA, and USTelecom asked the FCC to adopt a “broad safe harbor that protects voice service providers’ good-faith efforts to combat abusive robocalls,” including the use of both SHAKEN/STIR attestation and reasonable analytics. They also explained that a broad safe harbor will create clarity and certainty, and that without it, “voice providers face a real risk of liability for taking action to protect consumers from illegal and unwanted calls,” so they would be less likely to do so. Securus Technologies, a company that provides inmate calling services for correctional facilities, also met with Commission staff to ensure that calls from inmates are not inadvertently part of call-blocking programs. Inmate calls share many characteristics with malicious robocalls, such as using the same outbound number to originate thousands of calls during the same period, having a short duration, and beginning with an automated message.

Comments and reply comments were due on the Petition for Declaratory Ruling or, in the Alternative, Retroactive Waiver on soundboard technology filed by Yodel Technologies LLC (detailed in last month’s TCPA Digest). The Commission received a handful of comments, most from individuals and consumer advocacy groups, opposing the Petition and claiming that the TCPA deliberately does not exempt such technology and that this Petition is substantively very similar to the outstanding Petition filed by NorthStar Alarm Services, LLC in January.

Finally, representatives from Inovalon, Inc. wrote to the Commission asking it to grant its outstanding Petition for Expedited Declaratory Ruling filed in February 2018. Inovalon explained that the recent decision issued by the U.S. District Court for the Northern District of Illinois in James L. Orrington, II, D.D.S., P.C. v. Scion Dental, Inc., No. 17-cv-884-JJT, 2019 WL 4934696 (N.D. Ill. October 7, 2019) ruled that, as a matter of law, faxes sent by a party that “does not sell anything to” fax recipients are not advertisements under the Junk Fax Prevention Act, and because the facts presented in the Inovalon Petition are nearly identical, the FCC should promptly grant the Petition. 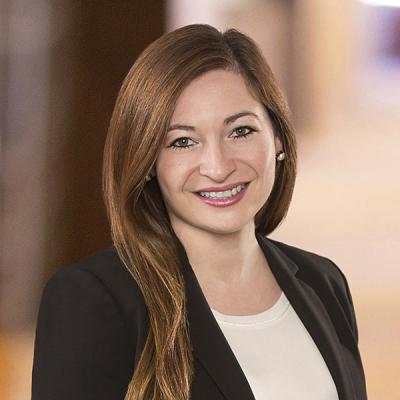