The U.S. Court of Appeals for the Third Circuit recently confirmed that bankruptcy plans need not always recognize subordination agreements among creditors.

The Tribune Company was the largest media conglomerate in the United States when, in 2008, an attempted leveraged buyout imploded, triggering Tribune’s bankruptcy filing.  On the filing date, Tribune carried almost $13 billion of debt, including $1.283 billion of senior unsecured notes (the “Senior Notes”), roughly $1.5 billion of subordinated notes (the “Subordinated Notes”) and a $150.9 million swap termination claim, in addition to other unsecured debt owed to Tribune retirees and a panoply of trade and other creditors.  From the debtor’s perspective, all of this unsecured debt was equal in priority.  But among the competing debtholders, the Senior Notes enjoyed, pursuant to the governing indentures, repayment priority over the Subordinated Notes until the “Senior Obligations” were paid in full.

The classification of “Senior Obligations” proved a fertile battleground for intercreditor violence when a plan put forth by the unsecured creditors’ committee (the “Plan”) proposed to respect the subordination of the Subordinated Notes, but extended the benefit of such subordination to not only the Senior Notes, but also to the other unsecured claimants.  The Senior Noteholders objected to the Plan and, specifically, its allocation scheme.  The Bankruptcy Court held that the swap termination claim (despite not having any explicit right to seniority under the indentures) constituted a Senior Obligation, effectively reducing the Senior Noteholders’ recovery rate from 34.5% to 33.6% (representing an unfavorable swing of approximately $13 million, as compared to the Senior Noteholders’ entire unsecured claim in the amount of $1.283 billion).

The District Court was not swayed by the Senior Noteholders’ renewed argument that Section 1129(b)(1) of the Bankruptcy Code requires, together with Section 510(a), the strict enforcement of creditor priorities set forth in subordination agreements entered into prior to a mutual borrower’s bankruptcy filing.  The Senior Noteholders further appealed to the Third Circuit.

The substantive area of the Third Circuit’s opinion, authored by Judge Ambro, opens with a brisk reminder as to the nature and purpose of Section 1129(b).  Better known as the “cramdown provision,” it effectively forgives the mandate in Section 1129(a)(8) that all classes of creditors must either (1) enjoy a full recovery under a proposed plan or (2) vote to accept the plan, despite not being made whole thereunder, and then replaces that requirement with two more forgiving safeguards: the fair-and-equitable and unfair-discrimination standards (applied vertically and horizontally, respectively).

Judge Ambro quickly dispatched the Senior Noteholders’ contention that “notwithstanding,” as used in Section 1129(b) with reference to Section 510(a) (concerning the enforcement of subordination agreements), somehow means the opposite of “notwithstanding.”  There can be no doubt: “Notwithstanding” means, in this context (and probably every bankruptcy-related context), “in spite of” or “without prevention or obstruction from or by.”  Accordingly, pursuant to Section 1129(b)(1), a nonconsensual plan may be confirmed in spite of Section 510(a)’s requirement that “[a] subordination agreement is enforceable in a [bankruptcy] case to the same extent that such agreement is enforceable under applicable nonbankruptcy law.”

Turning to a comparison of Section 510(a) and the unfair-discrimination standard of Section 1129(b), Judge Ambro affirmed that the latter should rightly prevail because it “provides the flexibility to negotiate a confirmable plan even when decades of accumulated debt and private ordering of payment priority have led to a complex web of intercreditor rights,” and while the unfair-discrimination test “ensure[s] that debtors and courts do not have carte blanche to disregard pre-bankruptcy contractual arrangements,” it also leaves a bit of “play in the joints.”

In addition to policy considerations and a brief visit with legislative history, Judge Ambro’s opinion also addresses the practical issues presented in the allocation dispute.  Acknowledging that “unfair discrimination” is not defined in the Bankruptcy Code, the opinion reviews the four types of tests that are applied to determine its presence and signals a preference for the rebuttable-presumption test (as had been applied by the lower courts) and, within that test, the application of materiality thresholds to the recovery rate and risk assumption that a plan imposes upon a dissenting creditor.  Like the Bankruptcy Court before it, the Third Circuit reasoned that the 0.9% uptick in recovery rate sought by the Senior Noteholders did not represent a material difference in recovery.

Judge Ambro concluded with the somewhat apologetic observation that: “Unfair discrimination is rough justice.”  Although Section 1129(b)(1) overrides pre‑bankruptcy contractual arrangements among creditors, Judge Ambro reasoned that the cramdown provision represents a suitable and, on balance, a preferable alternative that provides sufficient (arguably) protections for higher-priority creditors while enabling other constituents the maneuverability to strike a deal and move a plan to confirmation.  It should be noted, however, that well-drafted subordination and intercreditor agreements may be enforceable by senior creditors after a bankruptcy case, thus allowing the recovery of “improper” distributions to subordinated creditors. 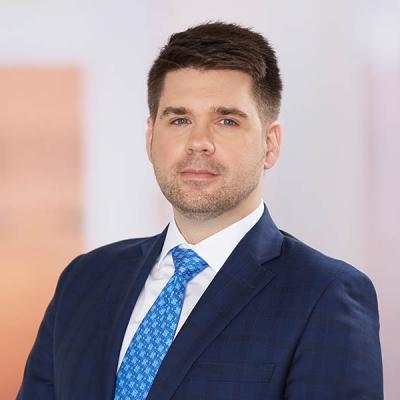