On March 21, 2022, the Securities and Exchange Commission (“SEC”) published for comment its much-anticipated proposed rules on climate disclosures, entitled “The Enhancement and Standardization of Climate-Related Disclosures for Investors.”[1]  The SEC invited public comments on these rules, and the response was overwhelming—nearly 15,000 comments were published on the SEC’s website over the course of three months, from individuals and organizations representing all aspects of modern American society.  Few, if any, of the SEC’s rule proposals have ever received such voluminous, significant, and diverse comments.  And the comments themselves range from brief statements to complex legal arguments either in support or in opposition, as well as detailed proposals for further changes to the proposed climate disclosures.  The comment period closed on June 17, 2022, and further action by the SEC to finalize the proposed rule is anticipated this fall.

This article provides a brief summary of the comments, and analyzes and summarizes the key points the comments conveyed.

The form letters are worth exploring in more detail.  Of the 12,304 comments, fully 10,861 (88%) broadly express support for the proposed climate disclosure rule, and only 1,443 (12%) are in opposition.  This disparity in the level of support for the two positions is best conveyed by the chart below.

Notably, it has been possible to identify some, although not all, of the organizations that sponsored the form letter writing campaign.  In particular, form letters proposed by the Union of Concerned Scientists in support of the proposed climate disclosures were submitted 6886 times—more than 55% of the total volume of form letters.  Additionally, the form letters proposed by the Climate Action Campaign and the National Wildlife Federation in support of the SEC’s proposed disclosures were also quite voluminous among the submissions—1208 and 956 comment letters, respectively.  The most frequent form letters submitted in opposition to the proposed climate disclosure rules—e.g., those proposed by FreedomWorks (348 letters) and the Club for Growth (172 letters)—did not achieve nearly the same volume of submissions.

Besides the mere volume of submissions, however, the most noteworthy aspect of the individualized submissions are the substantive arguments—both factual and legal—that these comment letters articulate, whether in support or opposition to the proposed rules, as well as the identity of those making these submissions.

Arguments in Support of the Proposed SEC Climate Disclosure Rules

The organizations and individuals that chose to offer support for the SEC’s proposed climate disclosures represent a wide swathe of society.  Broadly speaking, these proposed climate disclosures attracted support from, among others: Democratic politicians, civil society organizations (such as environmental NGOs), individual corporations, professional services organizations, and academics. While the rationales offered by these different groups varied considerably, in part due to their varying perspectives (e.g., environmental NGOs were more concerned with the impact on the transition to a clean-energy environment, while corporations often focused on the consequences of particular aspects of the rules), the individualized comments in support of the proposed disclosures nonetheless shared some common features.

Specifically, there are a number of common arguments that are frequently featured among the 1239 individualized submissions in support of the SEC’s proposed climate disclosures.  Six arguments appear in over 10% of the submissions.  In order of prevalence, these are:

No other argument appeared in more than 6% of the individualized submissions in support of the SEC’s proposed climate disclosures.

Arguments in Opposition to the Proposed SEC Climate Disclosure Rules

Those entities and individuals that submitted individualized comment letters opposing the SEC’s proposed climate disclosures also represent a broad range of American society, albeit with a somewhat different focus.  Generally, individualized letters in opposition to the SEC’s proposed climate disclosures tended to be submitted by, among others: Republican politicians, individual corporations, trade industry groups, and NGOs. (Unsurprisingly, the fossil fuel industry and extractive industries were particularly well-represented among the commenters.)  These individualized submissions—frequently lengthy and extensively analyzing the SEC’s regulatory practices and authority—shared a number of common themes.

In particular, there are a number of common arguments that featured frequently among the 1014 individualized submissions to the SEC in opposition to these proposed climate disclosures.  Three (3) arguments appeared in more than ten (10) percent of these submissions:

Although no other common argument appeared in more than 7% of the individualized letters in opposition, it should still be noted that there were a large number of letters that objected to the increased burdens placed on particular types of businesses, whether farmers (53 submissions, 5%), fossil fuel companies (49 submissions, 5%), or small businesses (36 submissions, 4%).

Overall, it is striking that around a third of the comments submitted in opposition stated that the SEC had acted beyond its authority (ultra vires) in proposing this new rule.  While this critique is hardly novel—it has been a frequent refrain of the Republican SEC Commissioners ever since this topic was first broached—the prevalence of this argument among the individualized comments suggests that both the public and sophisticated market actors perceive this issue as a key vulnerability in the SEC’s proposal, and that this legal argument will likely be emphasized in the inevitable legal challenge to this SEC rule.  And, based on recent decisions by the Supreme Court, it is altogether likely that this line of attack may find a sympathetic audience in the courts.

Despite the differences between the advocates and opponents of the SEC’s proposed climate disclosures, both sides submitted proposals to the SEC to change or adjust the proposed rules.  Although there was often substantial disagreement about the content of these proposed changes, there were also significant areas of convergence.

Some of the changes to the SEC’s proposed climate disclosures frequently submitted by supporters of the rule included:

Although certain proposed changes by proponents of the SEC’s proposed climate disclosure rule are undeniably expected (e.g., removing exemptions for disclosure of Scope 3 GHG emissions), there are others that seem somewhat surprising on initial review (e.g., extending the phase-in period or removing Scope 3 GHG emissions entirely).  This can most easily be explained by the fact that supporters of the SEC’s proposed rule include corporations and other business interests, which will resist certain burdensome regulations even if generally offering support for the overall thrust of the proposal.  There are also academics and others who continue to express skepticism concerning the utility of disclosing Scope 3 emissions, or even whether it can be adequately measured.

It should be emphasized that these changes proffered by supporters of the SEC’s proposed rule, many of which are designed to render the proposed rule less onerous, may indicate that the support for the proposed rule—or at least the most stringent aspects of it—is relatively weak (or at least among the corporate interests nominally aligned with the SEC).

The most frequent changes suggested by opponents of the rule included:

These proposed changes (and others) advanced by opponents of the SEC’s proposed rule are generally designed to make the rules less stringent and also to reduce costs and potential legal liability.

But, regardless of the specific content of the particular proposed changes, what is undoubtedly significant is that these proposed changes have highlighted the aspects of the SEC’s proposed climate disclosure rule that are likely most sensitive to regulated corporations.  Such an insight reveals not only the areas where active lobbying is most likely to take place, but also previews probable priorities for corporate compliance departments.  In effect, focusing on the aspects of the proposed rule where changes were proposed is a means to identify the key issues from the perspective of the regulated entities and the public at large.

The level of engagement with the SEC’s proposed climate disclosures, as demonstrated by the number and detail of the public comments offered, is extraordinary. This degree of attention indicates the significant impact that is expect to result from the ultimate promulgation of these rules (or a revised version thereof).

Of course, the key question here is what changes, if any, are likely to be made to the SEC’s proposed rule based upon the public comments submitted to the SEC.  In this context, it is noteworthy that a handful of key issues have been identified by both proponents and opponents of the proposed disclosures as especially ripe for potential revision.  As noted above, these include, among others, the length of the phase-in period and the disclosure of Scope 3 GHG emissions.  If any changes are to be made to the SEC’s proposed climate disclosure rule, it is likely that such changes will be related to these issues.

However, given the relative lack of forward momentum with respect to other aspects of the Biden Administration’s climate agenda, there may well be political pressure not to weaken or otherwise rollback the SEC’s proposed rule, as this is one of the few areas where significant—and publicly-recognized—progress has been made with regulations designed to address the issue of climate change.  Further, the Biden Administration’s SEC has certainly recognized the inevitability of a legal challenge to these proposed climate disclosures, and, since no degree of alteration would suffice to preempt such a lawsuit, the SEC may conclude that it is better to seek to implement all aspects of the proposed regulation for the political benefit that can be achieved in the short term, since the substantive aspects of the proposed disclosure may not ultimately survive judicial scrutiny.  The SEC may also prefer to send a strong signal to the market by maintaining its original proposed rule.  Recognizing these pressures, it seems unlikely that the public comments submitted to the SEC will have a significant impact on the final rule promulgated in the coming months—and improbable that the SEC will make the proposed disclosures less robust.

[1] These proposed rules are discussed more fully in our prior publication:  https://www.mintz.com/insights-center/viewpoints/2451/2022-03-30-brief-summary-secs-proposed-climate-related-rules

[2] Although the total number of comments, when including both form letters and individualized letters, is 14,739, there are 94 comment letters on the SEC website that are duplicates, and have thus been removed from the calculation.

[4] The eighty-eight comment letters that did not adopt an express position on the proposed climate disclosure rules instead conveyed a number of different points, including proposing narrow changes to the proposed rule without taking a stance on the rule as a whole, or offering further context for the SEC’s actions (e.g., comparing the SEC to other regulators, whether domestic or international).  This category also includes a number of early comments that simply requested that the SEC extend the deadline for submitting comments.

[5] There are public comments in support of the proposed rule that focus on the legal issues.  In particular, the submission of Prof. John Coates of Harvard Law School, a former SEC official, is devoted exclusively to defending the legal authority of the SEC to issue the proposed climate disclosure rule. https://www.sec.gov/comments/s7-10-22/s71022-20130026-296547.pdf 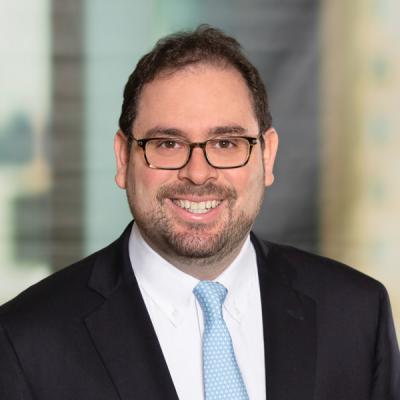 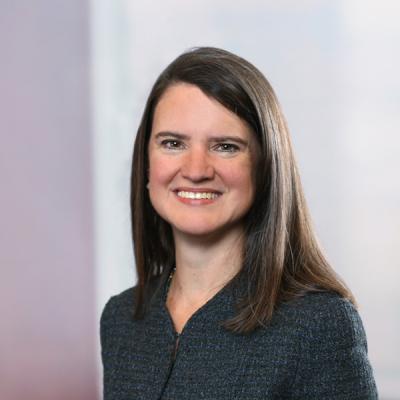 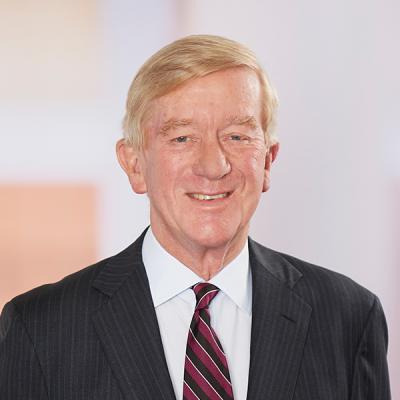 Former Massachusetts Governor, Bill Weld, specializes in government dealings at all levels, and C-suite issues including competition and white collar investigations. Bill has a distinguished career in government and has cultivated relationships with many government officials. 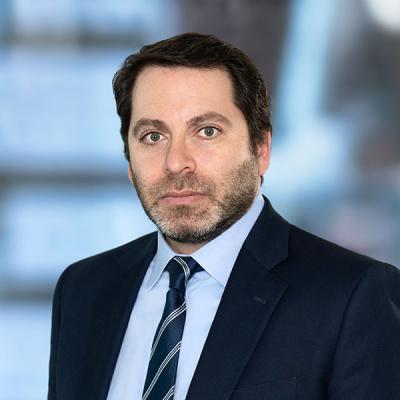 Douglas Baumstein is a first-chair litigator at Mintz who focuses on securities litigation, complex commercial litigation, and bankruptcy-related litigation. He has represented clients before federal and state courts across the United States. 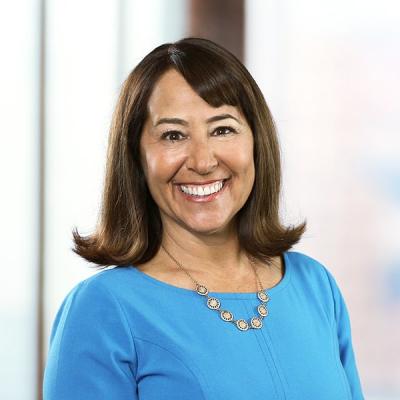 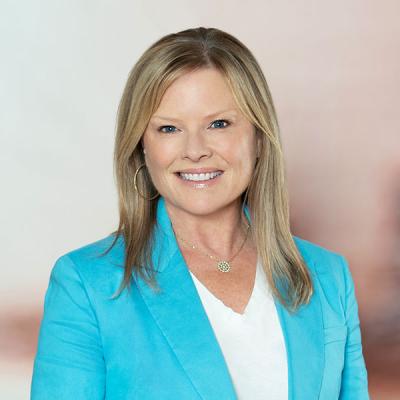 Courtney O. Taylor, a Senior Vice President at ML Strategies in Washington, DC, develops and executes government relations strategies for clients in the energy and sustainability industry. She leverages over 20 years of experience to achieve outcomes that advance her clients’ goals. 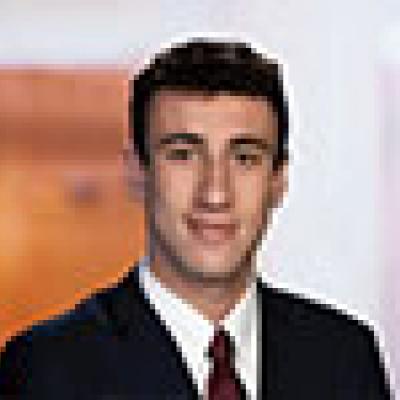