On Sunday, August 7, 2022, after extensive deliberation, Senate Democrats passed their long-awaited reconciliation bill, the Inflation Reduction Act of 2022 (the “Reconciliation Bill”). In addition to climate and tax provisions, the Reconciliation Bill includes a revised drug pricing reform package that Democrats approved last month. This drug pricing reform package was highly negotiated among Senate Democrats after Senator Joe Manchin’s lack of support stalled the $1.75 trillion Build Back Better Act that passed in the House late last year. In an attempt to lower prescription drug prices for seniors, the bill, among other things, does the following:

(1) allows Medicare to negotiate for lower drug prices for a limited number of drugs,

(2) institutes an “inflation rebate” that would require manufacturers to pay Medicare the difference if prices for certain drugs rise faster than inflation,

(3) changes Part D beneficiary spend by establishing a maximum out-of-pocket (MOOP) annual spend limit for beneficiary Part D prescription drug expenses, requiring plans, at the request of the member to spread MOOP over the remaining of a plan year, to offer the option to pay cost-sharing in monthly-capped amounts, eliminating cost-sharing for catastrophic coverage and Part D vaccines, and capping monthly out of pocket costs for insulin at $35 for Medicare beneficiaries, and

(4) delays implementation of the Part D rebate rule released by the Trump administration.

Changes from the Build Back Better Act

The drug pricing reform package includes several scaled-down measures from what was proposed in the Build Back Better Act. For example, the Reconciliation Bill approves Medicare negotiation of certain drug prices and does not extend such prices to private health insurance. In addition, the Reconciliation Bill includes an inflation cap that does not reverse previous price hikes, which was part of the former proposal. Other notable provisions from the Build Better Act, like pharmacy benefit manager (PBM) transparency requirements, were spun into their own legislation. Rather than repealing the Part D rebate rule, the Reconciliation Bill further delays its implementation.

The Reconciliation Bill institutes a cap on drug price inflation by requiring manufacturers to pay an “inflation rebate” to Medicare if prices for certain drugs (i.e., those not selected for negotiation) rise faster than inflation.

The Reconciliation Bill includes a number of provisions that transform the overall Part D benefit. These changes include, among other things, the following limits on beneficiary spend:

The bill further delays implementation of the Part D Rebate Rule until January 2032, which will eliminate federal Anti-Kickback Statute safe harbor protection for Part D drug rebates in favor of beneficiary discounts at the point-of-sale.

The bill temporarily increases Medicare Part B reimbursement for certain qualifying biosimilar biological products from average sales price (ASP) plus 6% to ASP plus 8%.  The temporary increase runs for 5 years tied to the timing of a biosimilar’s coverage by Part B.  For biosimilars that are currently covered by Part B, the 5 years will run until September 30, 2027. For biosimilars that are first paid for by Part B between October 1, 2022 and December 31, 2027, the 5 years will run from the first quarter in which Part B payment is made. .

Next Steps for Reconciliation Bill

The Reconciliation Bill now heads to the House, which will briefly return from August recess on Friday (August 12, 2022) to take up the measure.

August 16, 2022 Update: President Biden signed the Inflation Reduction Act into law on August 16, 2022. Stay tuned as we continue to monitor the impact of the various changes under this historic piece of legislation. 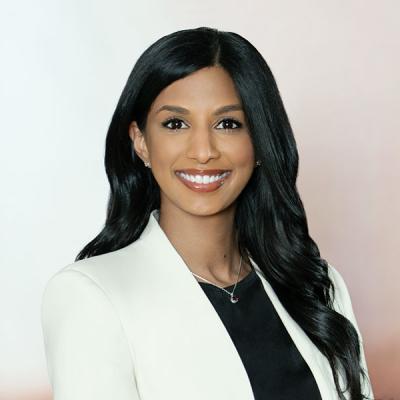 Stephnie A. John is an attorney at Mintz who focuses on health law matters, including regulatory compliance issues, fraud and abuse allegations, reimbursement issues, and investigations.