Relatives of the late conservative political activist, Phyllis Schlafly, lost their appeal to prevent the Saint Louis Brewery, LLC (“the Brewery”) from trademarking the Schlafly name in connection with various beer products on November 26, 2018.

Thomas Schlafly, Phyllis Schlafly’s nephew, co-founded the Brewery in 1989 and began selling beer with the SCHLAFLY mark in 1991.  In 2011, the Brewery applied for trademark registration of the word mark SCHLAFLY for use with various types of beer.  Phyllis Schlafly and her son Bruce Schlafly (“the Opposers”), opposed the registration, alleging that, if granted, the mark would negatively affect their reputations by associating them with alcohol.  Phyllis Schlafly (who was replaced by a trust in her name as a plaintiff upon her death in September 2016) also argued that, due to her position as a conservative activist and role in public and political discourse, the public primarily associates “Schlafly” with Phyllis Schlafly and the “traditional values” she advocated for.

The Trademark Trial and Appeal Board (“TTAB”) ruled in favor of the Brewery, finding that the mark had acquired distinctiveness by use in commerce pursuant to the Lanham Act, § 2(f) and, because it had acquired distinctiveness, the TTAB did not need to decide if the mark was primarily a surname as urged by the Opposers.  In finding that the mark had acquired distinctiveness, the TTAB relied upon evidence including 25 years of continuous use of the name, 75 million servings of the beers sold in a five-year window, and media coverage including USA Today, The Wall Street Journal, and The Washinton Post.  The Opposers also argued that the Brewery was required to submit consumer surveys as evidence of secondary meaning; however, the TTAB found that the evidence presented was sufficient.  After a request for reconsideration was denied by the TTAB, stating “To be blunt, this was not a close call” (Opinion or Request for Reconsideration, Opposition No. 91207225, at *3), the Opposers appealed to the Federal Circuit, arguing that the TTAB did not recognize the mark as primarily a surname and improperly found that the mark had acquired secondary meaning without survey evidence.  The Opposers also claimed violations of their First Amendment, Fifth Amendment, and Due Process rights under the Constitution.

The Federal Circuit upheld the TTAB’s determination in a 3-0 decision issued November 26, 2018.  The Court agreed that the Brewery presented, and the TTAB considered, sufficient evidence to establish secondary meaning without the Brewery providing consumer survey evidence, noting that the Brewery’s evidence covered all three categories of information permitted by 37 C.F.R. § 2.41(a) and amounted to fifteen different forms of evidence in total.  The Federal Circuit also rejected the Opposers new proposed test, which they called the “change in significance test,” which would only allow a surname to be registered if there was a change in significance to the public from a surname to an identifying mark for specific goods.  The Court agreed that the TTAB was not required to determine whether the mark was primarily a surname because they had already determined it had acquired secondary meaning and, pursuant to 15 U.S.C. § 1052(f), even if the mark were primarily a surname, the fact that it had become distinctive of the applicant’s goods in commerce allowed it to be registered.  As to the Opposers’ Constitutional claims, the Opposers did not adequately explain how registration would infringe upon their First Amendment rights.  Moreover, because trademark registration is not a taking for government use, the Opposers Fifth Amendment claim failed.  The Opposers’ Due Process claim also failed because, as the Federal Circuit noted, the trademark opposition procedure utilized by the Opposers provides appropriate process at law.

Attorneys representing the Schlafly’s have indicated they intend to appeal the Federal Circuit’s decision to the Supreme Court. 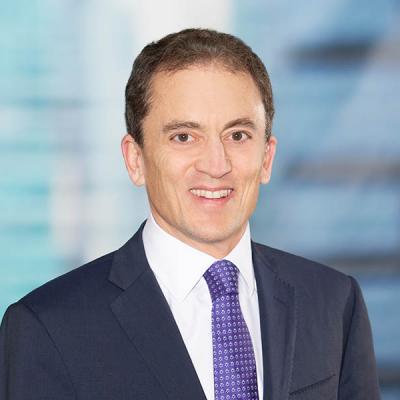