The adoption of multiple, standardized technologies looms on the horizon.  This presents the challenge of balancing innovator’s intellectual property rights with implementer’s desire for fair access to technology. As more implementers adopt efficient infringement to circumvent this equilibrium altogether, standard-essential patent (“SEP”) licensing disputes have increased.  Because adjudication of SEPs is expensive and differs across jurisdictions, it poses the question to SEP owners: which is the best forum to enforce SEPs?  The US can provide meaningful legal leverage to SEP owners, but can it drive global licensing outcomes on its own?  Ultimately, the best course of action is a balanced approach, with the US, Europe, and Asia providing natural fora for parallel enforcement proceedings.  The remainder of this article discusses the complexities of enforcing SEPs internationally, specifically considering availability of injunctive relief and the scope of available FRAND royalties that each jurisdiction affords.

United Kingdom. Two recent decisions demonstrate why SEP enforcement in the UK can have significant positive results for SEP owners.  The first decision, Unwired Planet v. Huawei, established that SEP owners can obtain a global licensing rate that is fair, reasonable, and non-discriminatory (“FRAND”) and a FRAND injunction from UK courts.  A separate decision, Conversant S.a.r.l v. Huawei, confirmed that a global license offer can comply with FRAND obligations, and that, although the UK courts could not impose the license on Huawei, they could enjoin them from selling infringing products in the UK if the terms of the FRAND license were not accepted.  Unsurprisingly, Huawei challenged both of these decisions by appealing them to the Supreme Court.  Separately, Huawei initiated a legal proceeding in Nanjing, China in an attempt to have a Chinese court set a FRAND rate before the UK courts could.  In the UK, both cases were argued before the Supreme Court on October 21st, with a ruling expected in early 2020.  The outcome is unpredictable, but many experts believe the lower court decisions have a fair chance of being upheld.  It remains to be seen what level of international comity the Supreme Court will afford the Chinese court’s decision between Conversant and Huawei.  Regardless, if the UK decisions are upheld, they would allow UK courts to decide international FRAND disputes by themselves by setting worldwide FRAND rates and enjoining implementers that refuse to take a license.

Germany.  Germany has traditionally been the workhorse of European patent enforcement, handling over 70% of all European patent infringement cases. Germany landed in this role as a result of its predictable legal system and economic strength.  As a demonstration of the country’s predictability, Munich’s district court has embarked upon drafting and finalizing local patent rules that deal specifically with SEPs.  Beyond its predictability, a closer look at Germany’s overall approach to SEPs reveals its key advantages:  efficiency, speed and competence.  First-instance proceedings usually conclude in under 12 months.  This is due, in large part, to the country’s bifurcated legal system: invalidity and infringement are handled by different courts, reducing the workload and costs of infringement actions.  Presiding over the proceedings are highly experienced panels of well-qualified judges – each panel handling approximately 120 cases per year. This improves the predictability of outcomes, and generates a breadth of results that helps to shape expectations and practice throughout Europe.  As for relief, German courts traditionally have had no discretion when issuing injunctions – patent infringement results in automatic injunctions.  Regarding FRAND rates, German courts have yet to set one, but have acknowledged that an owner of a worldwide SEP portfolio can reasonably request a worldwide license and still comply with FRAND obligations.  Despite these promising forms of relief, damage awards have been historically low in Germany.  Nonetheless, its predictability and efficiency make it a jurisdiction worth considering for SEP owners.

Netherlands.  A relative new-comer, the Netherlands have catapulted themselves onto the global stage of SEP litigation with a series of favorable, appellate-level decisions.  In particular, the Court of Appeal of The Hague recently affirmed injunctive relief on behalf of Philips against Asus and Wiko.  As a major import/export hub of Europe, being enjoined from the Netherlands can have a consequential impact on supply chains.  This outcome can provide SEP owners with meaningful leverage when negotiating licenses with implementers.  Beyond this market effect, there are numerous legal takeaways from the Philips cases for licensing professionals to understand.  First, a FRAND defense is only available to SEP users that demonstrate a willingness to enter into licenses on FRAND terms.  SEP users must submit counter-offers and participate in substantive discussions.  Second, SEP owners are not obligated to substantiate why a license offer is FRAND.  Third, license conditions do not need to be identical to comply with the non-discrimination FRAND requirement.  The practical effect of these decisions deters efficient infringement.  Where efficient infringers are content to disengage from licensing discussions, the Netherlands penalizes such behavior by removing an affirmative FRAND defense from an implementer’s legal options.  It is too early to tell, but the Netherlands may become a powerful lever for SEP owners to bring potential-licensees to the negotiating table.

China.  Beyond European jurisdictions, China’s progress in the global patent landscape has been impressive.  The most recent system upgrade took place in early 2018 when the High People’s Court of Guangdong Province – home to many Chinese high-tech companies – issued the Working Guidelines on the Trial of Standard Essential Patent Disputes (Trial Implementation) ("Guidelines"). The Guidelines propose a holistic set of rules that consolidate some international practices on SEP-related issues.  To start, they reiterate that Chinese actions will handle infringement and validity in separate proceedings, and Chinese injunctions issue automatically for valid, infringed patents, affording great leverage against the large manufacturing sector.  The Guidelines also suggest that Chinese courts may set extra-territorial—if not global—FRAND rates.  However, more important than any structural update, China has begun to overcome the perception that its courts are not available to all and against all.  Specifically, a Chinese court recently found Huawei to have infringed a North American IP Licensing company’s SEP, and set a FRAND rate that Huawei owed.  All of these events suggest that China is emerging as an attractive forum for SEP owners.

India.  Not to be outdone by its northeast neighbor, India has demonstrated the importance of its patent system and consumer electronic device market.  To start, the Delhi High Court recently served as the front-line of a SEP clash between Ericsson and Xiaomi which resulted in a global license agreement between the two companies.  Paving the way for this success was the Delhi Court’s previous order of an ex parte interim injunction against Xiaomi.  This ruling signaled that Indian courts were ready to issue injunctions in SEP cases, with the possibility of impacting a huge and growing retail market for personal electronics.  As a separate marker for India’s growing appeal, Ericsson began the year by selling dozens of its Indian assets to Chinese smartphone maker, Oppo.  As Chinese OEMs account for over two thirds of India’s smartphone sales, Xiaomi’s willingness to license and Oppo’s desire to purchase Ericsson’s Indian IP assets demonstrates the value of India’s patents and patent system.  With 5G commercial networks being implemented and turned on in India, a barrage of Chinese smartphones will continue to enter the market.  Patent licensing disputes will follow closely behind, as India has demonstrated to be a valuable forum for striking patent licensing agreements.

A global enforcement strategy is necessary.  Single jurisdiction enforcement is no longer a sufficient response to efficient infringement.  Instead, the best course of action is a balanced approach, with the US International Trade Commission (“ITC”), UK, and China providing natural fora for parallel enforcement proceedings.  The outcome of the Unwired Planet decision in the UK may, however, serve to alter this jurisdictional selection.  If the decision is reversed or remanded in any substantive part, Germany is also available as a go-to European jurisdiction.

From a practical standpoint, aligning the sequence of ITC, UK, and Chinese proceedings can mitigate the risk of invalidity proceedings such as inter partes reviews.  Coordinating timing, arguments and execution across jurisdictions is the key to success. With the rigidity of the ITC’s schedule and the speed of Chinese court proceedings, cases can be staged for maximum effect and minimal cost.  SEP owners should strive to align UK first instance proceedings focused on the technical merits of their SEPs with the ITC and Chinese proceedings as well. An orchestrated filing schedule that prioritizes US litigation – with UK and Chinese filings hitting the scene at the approximate time of the Markman hearing – places almost all worldwide revenue for the disputed articles in jeopardy.

As for converting legal success into meaningful licensing revenue, the prospect of exclusionary relief offered by these fora is something that should motivate an implementer to come to the table to discuss international agreements.  Beyond injunctive relief, the willingness of UK and Chinese courts to calculate and set extra-territorial or global FRAND rates provides SEP owners with the ability to obtain a global result from a single jurisdiction.  The benefits these forums offer SEP owners result in optimized leverage for reaching global settlement solutions.

From a policy perspective, these fora’s interpretation of each parties FRAND obligations creates a litigation scenario that deters efficient infringement.  Administrative Law Judge’s in the ITC have stated that the forum is not a safe haven to Respondents who evade their FRAND obligations.  Likewise, the UK’s interpretation and application of the Huawei / ZTE framework has offered SEP owners significant legal redress against intransigent implementers, which should encourage meaningful licensing discussions.  Finally, Chinese courts have shown that they will scrutinize the behavior of each party during licensing discussions in order to determine and penalize the party who was most at fault for the failure in negotiation.  All of this is to say that these fora reject the notion that implementers may simply ignore licensing offers with impunity.

As the global practice of SEP licensing continues to change, recent outcomes suggest it is evolving in a positive way for SEP owners.  This means that SEPs remain a vital source of value and can serve as a compelling component of a comprehensive patent licensing strategy.  SEP owners should feel increasingly confident that a thoughtful, coordinated, multi-jurisdictional enforcement approach will offer an effective and meaningful way to combat efficient infringement and successfully achieve their licensing objectives. 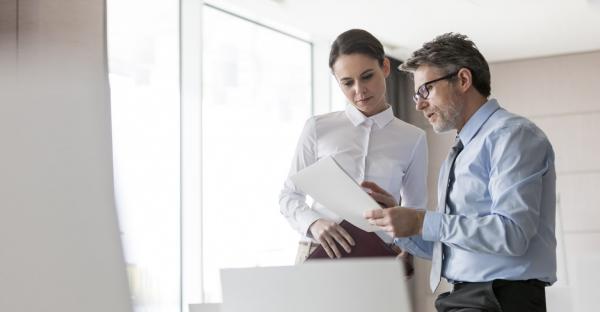