Last week, President Trump unveiled his proposal to fix our nation’s aging infrastructure. While the proposal lauded $1.5 trillion in new spending, it only included $200 billion in federal funding. To bridge this sizable gap, the plan largely relies on public private partnerships (often referred to as P3s) that can use tax-exempt bond financing. In evaluating bankruptcy and default risk with P3s and similar quasi-governmental entities it is important to understand whether such entities are eligible debtors under the Bankruptcy Code, and, if so, whether they are Chapter 11 or Chapter 9 eligible.

P3s often involve the issuance of bonds by quasi-governmental hybrids, including so-called “63-20 corporations” (named after an IRS Revenue Ruling) that meet IRS criteria for the issuance of bonds by a non-profit corporation “on behalf of” a state or municipality. Such hybrids are used because they have a sufficient nexus to a state or municipal government to satisfy federal tax criteria for the issuance of tax-exempt municipal debt, while being sufficiently distinct from the state or municipal government to escape otherwise applicable state law restrictions on the incurrence of debt. Given such hybrid nature, questions can arise about whether the issuing entity is eligible for Chapter 9 of the Bankruptcy Code (in those states that have authorized filings under that Chapter) or Chapter 11 of the Bankruptcy Code. That distinction is significant.

Not only are the rules in Chapter 9 and Chapter 11 different (particularly as they relate to bond debt), but there are more eligibility restrictions in Chapter 9 than in Chapter 11. Chief among these is the requirement of specific state authorization for Chapter 9 eligibility. Where such authorization currently does not exist, bondholders can be lulled into a false sense of security thinking their issuer cannot file bankruptcy under Chapter 9, only to find out that the issuer is Chapter 11 eligible.

The issue of Chapter 11 eligibility of a quasi-governmental entity was recently discussed by the United States Bankruptcy Court for the Northern District of Illinois in In re Lombard Public Facilities Corporation, 2017 Bankr. LEXIS 4323 (Bankr. N.D. Ill. Dec. 18, 2017). The legal analysis provided in that decision, in which the court ultimately held that the debtor was eligible under Chapter 11, may prove significant for future P3 bankruptcies.

Entities meeting the above definition of a “governmental unit” are ineligible to be debtors under Chapter 7 or Chapter 11. Unless such entities are “municipalities” (as defined in Section 101(40)), and the other requirements of Chapter 9 are met (including state authorization of Chapter 9), they will be ineligible for Chapter 9 relief as well, and thus ineligible for bankruptcy under any chapter.

The debtor, the Lombard Public Facilities Corporation (the “Debtor”), was created to operate a convention center, hotel and restaurants (the “Project”) pursuant to a 2003 ordinance adopted by the Village of Lombard (the “Village”). Specifically, the ordinance approved the formation of “a not-for-profit corporation to assist in the financing and construction of a convention hall and hotel facility.” The ordinance further stated that the proposed Project was in the public interest of the citizens of the Village and that its creation was a proper public purpose. Following the ordinance, the Debtor filed its articles of incorporation with the Illinois Secretary of State as a not-for-profit corporation.

The state statute authorizing the Village to create the Debtor provides that a public facility corporation such as the Debtor is to be a “business agent of the municipality” and that such entity shall assist the municipality it serves in its essential governmental purposes. The statute further provides that control is to be maintained by appointing, removing and replacing board directors of the public facility corporation and by having title transferred to the municipality upon retirement of any bonds or other issued debt instruments.

The Village reportedly needed to incorporate the Debtor because the Village was not authorized to borrow the money needed to complete the Project. Accordingly, revenue bonds were issued in 2005 and 2006 that were payable solely from and secured by revenues generated by the Debtor and the assets of the Project. As is common in such financings, the bond documents expressly provide that the obligations were non-recourse to the Village – i.e. the Village itself was not liable on the bonds.

Shortly after the Debtor was formed, it applied to the Illinois Department of Revenue for an exemption from the Illinois Retailers’ Occupation Tax Act. In its application, the Debtor argued that its otherwise taxable purchases of goods should be tax-exempt because it was an “agent or instrumentality” of the Village and that the purchases were by a “governmental body.” Ultimately, both the tax court and an appellate court denied the Debtor’s request.

The Debtor filed for bankruptcy under Chapter 11 on July 28, 2017. Approximately one week after the filing, one of the bondholders filed a motion to dismiss the Debtor’s case, arguing that the Debtor was not an eligible Chapter 11 debtor because it was a “governmental unit.” The bondholder’s arguments were supported by the United States Trustee and the former asset manager of the hotel (collectively, the “Movants”). The motion was opposed by the Debtor, as well as ACA Financial Guaranty Corporation, the bond insurer for certain of the issued bonds, and certain other bondholders.

The Question Before the Court

The Position of the Parties – the Applicability of the Monorail Case

The Debtor: The Debtor argued that the Monorail Case was the “most influential and comprehensive modern case interpreting the term ‘instrumentality’ in the context of Chapter 11 eligibility.” In the Monorail Case, the Bankruptcy Court for the District of Nevada undertook a detailed historical analysis of the Bankruptcy Code (in particular Chapter 9) and applicable caselaw and used that analysis to formulate a three-part test for determining whether a debtor is an instrumentality: (i) whether the debtor has the typical characteristics of a municipality, specifically the power of eminent domain, the taxing power or sovereign immunity; (ii) whether the debtor has a public purpose, and if so, whether the parent entity (e.g., the Village) controls the debtor, in particular on a day-to-day basis; and (iii) the manner in which the debtor is described or classified under state or other applicable law. This proves to be a relatively restrictive test (which is why the Debtor supported it) as the first and second factors in particular would generally only be applicable to entities providing core governmental functions. The Debtor argued that each of these three factors weighed against a finding that the Debtor was an instrumentality of the Village; therefore, it was eligible for Chapter 11.

The Bankruptcy Court sided with the Debtor, finding that the Debtor was not an instrumentality of the Village, therefore not a “governmental unit,” and thus eligible to be a Debtor under Chapter 11.

The Bankruptcy Court was dismissive of the various arguments that state statutes and formation ordinances supported a close relationship between the Debtor and the Village as well as the Movants’ argument that the Debtor should be bound by its argument before the tax court that it was an instrumentality of the Village. As to the applicable legal framework, the Bankruptcy Court appeared to agree with the Movants that the Court should look to the legislative history relating to the definition of “governmental unit” (i.e., supporting a broad test) to determine whether the Debtor was an instrumentality of the Village. But the Court parted ways with the Movants on application of that test, swiftly concluding that the Debtor’s commercial activities in the hotel and convention business, which were in direct competition with similar entities, did not equate to “carrying out some governmental function.”

Know thy borrower is an important rule for any lender. Knowing whether your borrower is eligible for relief under the federal Bankruptcy Code and if so under what chapter is an important part of that analysis. While often the distinction among governmental units that are not eligible for bankruptcy, municipalities that may be eligible for Chapter 9 bankruptcy, and other entities which may be eligible under other Chapters of the Bankruptcy Code including Chapter 11 is clear, sometimes it is not (as the Lombard and Monorail cases show us). As more hybrid entities come into the marketplace, understanding these distinctions will only become more important. 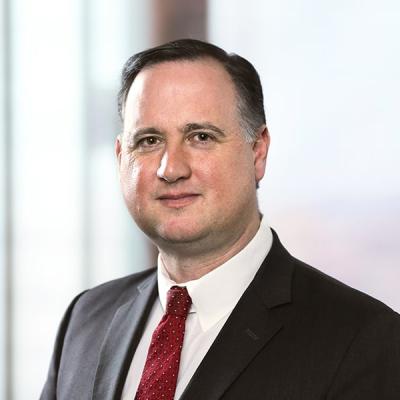 Charles W. Azano is a bankruptcy attorney at Mintz who has deep capabilities around Chapter 11 reorganizations and out-of-court restructurings. He represents debtors, secured and unsecured creditors, creditors’ committees, and bondholders as well as indenture, bankruptcy, and liquidating trustees.