As discussed in our article recently published by Law360, criminal health care enforcement in 2019 was in many ways a continuation of 2018, with opioid-related enforcement continuing to be the clear top priority for the Department of Justice (DOJ), in addition to DOJ's sustained focus on prosecuting individuals and data-driven identification of health care fraud.  Below is an overview of our article, which covers these issues and our expectations for 2020 in detail.

DOJ’s focus on opioid-related enforcement and individual prosecutions is reflected in statistics published by the Office of Inspector General for the Department of Health and Human Services (HHS-OIG) in its most recent semi-annual report to Congress.  There, HHS-OIG reported an uptick in both the number of criminal actions brought in 2019 (809 in 2019 vs. 764 in 2018) and a significant increase in the expected investigative recoveries ($5.04 billion in 2019 vs. $2.91 billion in 2018).  For example, DOJ announced the largest recovery by the United States in a case concerning an opioid drug after Reckitt Benckiser Group agreed to pay $1.4 billion to resolve its criminal and civil liability related to a federal investigation of the marketing of the opioid addiction treatment drug Suboxone (buprenorphine and naloxone).

Additionally, DOJ’s prosecution of the founder and a number of executives of Insys Therapeutics in federal court in Massachusetts was one of the most closely watched cases in 2019.  As discussed in a prior post, DOJ announced a global resolution with the company in June, settling the criminal and civil investigations of the company’s kickback scheme related to its high-dose fentanyl sublingual spray, Subsys.  DOJ’s resolution with the company came on the heels of the convictions of five former Insys executives, which marked the first successful criminal prosecution of top pharmaceutical executives for opioid-related conduct.  Insys’s founder, John Kapoor, along with its former National Director of Sales, two former Regional Sales Directors, and a former Vice President of Managed Markets, were all convicted of all counts. After the convictions, Judge Allison Burroughs vacated the honest services mail and wire fraud and the Controlled Substances Act RICO predicates, ruling that the jury could not have found the required intent given the evidence that the government presented; however, she also called the defendants’ conduct “reprehensible.” If the deterrent effect of the Insys prosecutions had not previously been apparent, it surely will be after the upcoming sentencing hearings at which the government will be seeking sentences in the range of five years for cooperating witnesses who pled guilty before trial to a range of six to fifteen years for those convicted.

The annual round-up of individual wrongdoers dubbed by DOJ as the “Health Care Fraud Takedown” (the Takedown) focused on individuals for their roles in diverting opioids, as well as in fraud schemes involving telemedicine and unnecessary laboratory testing.  The Takedown was not one dramatically coordinated effort in 2019 as we saw in 2018, but rather it was several geographic or thematic takedowns across eleven regions in April, August, and September that resulted in a total of 482 individual arrests, as compared to over 600 charged defendants the prior year.  This decrease perhaps reflects a greater focus on individualized prosecutions rather than the rounding up of groups of defendants as we have seen in prior years.

As part of the Takedown in April, DOJ announced charges against 24 defendants across 17 districts for their role in a $1.2 billion scheme known as “Operation Brace Yourself.”  The government alleged that durable medical equipment (DME) companies paid kickbacks and bribes to medical professionals working with telemedicine companies to obtain medically unnecessary orthotic braces.  The physicians involved either did not see the patients or had only brief telephonic conversations with them.  The defendants, who included C-suite executives, telemedicine companies, owners of DME companies, and licensed medical professionals, allegedly lured elderly and disabled patients into the scheme via an international telemarketing network that they controlled.  The international call center advertised braces to Medicare beneficiaries and convinced them to accept “free or low-cost” DME braces regardless of medical necessity.

Similarly, DOJ also pursued genetic testing fraud in 2019, resulting in indictments against 35 individuals across five federal districts for over $2.1 billion in fraudulent claims to Medicare.  The alleged scheme involved genetic testing laboratories’ payment of kickbacks and bribes to physicians in exchange for Medicare beneficiary referrals.  The physicians who ordered the medically unnecessary genetic cancer testing for Medicare beneficiaries claimed to have treated patients via telemedicine, but they did not meet or see the patients or had only brief telephonic conversations with them.  The testing ordered was often not provided to the patients’ treating physicians or was not used in the course of treatment.

DOJ continued to target medical device companies’ promotion of unsafe products in 2019.  Medical device manufacturer ACell pled guilty to one misdemeanor count relating to its powder wound dressing product and agreed to pay $15 million to resolve criminal and civil liability.  Pursuant to the plea agreement, ACell admitted that, after learning in 2012 that its powder wound dressing was contaminated and posed serious risk to patient health, it removed the device from the market.  However, ACell failed to report the product’s market removal to the Food and Drug Administration and concealed the removal from doctors, hospitals, and patients, some of which had already used the device.  The settlement also resolves civil false claims act allegations that ACell sales representatives were misrepresenting clinical data, making inaccurate coding recommendations, and paying kickbacks to providers through speaker programs and other entertainment.

As discussed above, DOJ continued to bring its “bread-and-butter” cases involving opioids, telemedicine, medical necessity, kickbacks, and medical devices in 2019.  We continue to note common trends among these cases, such as DOJ’s continued, increased focus on prosecuting individuals and the typical factors present where DOJ brings criminal charges, including when high level executives or managers directed the misconduct, the conduct involves patient harm, or the alleged conduct targeted vulnerable populations.

Finally, DOJ issued several important guidance documents in 2019 that further its goal of increasing transparency into DOJ's decision-making and creating some predictability for corporate owners, boards of directors, or special committees addressing internal evidence of fraud.  First, the Criminal Division in April issued updated guidance that emphasized the importance of implementing corporate compliance programs that are not only well-designed on paper but also effective and appropriately applied in the corporation’s day-to-day operations.  While only binding on the Criminal Division, the guidance document is intended to assist prosecutors across the entire agency in evaluating whether a corporation’s compliance program was effective at the time of an alleged offense as well as at the time of resolution.

A few months later, in October, Assistant Attorney General Brian Benczkowski issued a memorandum to federal prosecutors with guidance on how to assess a company’s ability to pay a criminal fine.  The memo provides the framework that DOJ will use in criminal investigations to assess “legitimate inability to pay argument[s]” as well as the “facts and arguments that won’t be given credence.”  Moreover, the memorandum requires that a corporation complete an accompanying two-page Inability-to-Pay Questionnaire when making an inability to pay claim to the government. For years, DOJ’s Civil Division has implemented an “inability to pay” process for resolving civil False Claims Act cases, yet this is the first time that the DOJ has issued guidance in the criminal context.

We expect the increasingly effective data-driven investigative tools to allow DOJ to continue to identify and prosecute corporations and individuals for all manner of fraud that leads to increased health care costs.  Opioid prosecutions will certainly continue, with perhaps additional charges brought against executives deemed responsible for causing or increasing the nation’s addiction epidemic.  The government also will continue to strictly scrutinize new technologies or novel ways of delivering medical care that are susceptible to fraud and will undoubtedly pursue creative new theories of prosecution.

Our Health Care Enforcement Defense team is blogging on its annual review of key government policies, regulations, and enforcement actions in 2019 and the impact these trends are expected to have on enforcement in the year ahead. Our two-part series began yesterday with a discussion of civil enforcement developments and trends.  And stay tuned for an invitation to our annual webinar, Health Care Enforcement Year-in-Review & 2020 Outlook, on February 13, 2020. Click here to find more information and register. 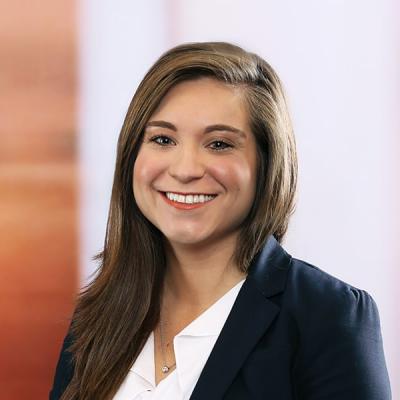 Jason L. Burrell is a Mintz attorney who focuses on commercial litigation, securities matters, government investigations, and enforcement proceedings. He was a Mintz Summer Associate in 2017 and 2018.