TCPA Class Action and Litigation Update: Autodialers in the Ninth Circuit — Strategies and Considerations in Light of ACA and Crunch

As we wrote in a previous post, on March 16, 2018 the US Court of Appeals for the District of Columbia Circuit released its highly anticipated decision in ACA International v. Federal Communications Commission. Among other things, the DC Circuit set aside the Commission’s explanation of which devices qualified as Automatic Telephone Dialing Systems under the Telephone Consumer Protection Act. Though the decision has been out for less than two months, courts in the Ninth Circuit have taken notice.

Days after the opinion was released, the Ninth Circuit asked the parties in Marks v. CrunchSan Diego, LLC, No. 14-56834, to submit a supplemental briefing “addressing the effect, if any, of ACA International [] on the issues raised in this case.” The appeal stems from an October 2014 decision by the US District Court for the Southern District of California granting summary judgment in favor of the defendant on the ATDS issue. Crunch argued that the technology at the center of the case is not an ATDS because it did not have the capacity to create telephone numbers. The Court agreed, noting that the language of the statute is clear and that the FCC does not have the authority to modify that language.[1] “If the statute meant to only require that an ATDS include any list or database of numbers, it would simply define ATDS as a system with ‘the capacity to store or produce numbers to be called’; ‘random or sequential number generator’ would be rendered superfluous.”[2] Because the system at issue did not have the present capacity (or potential capacity since it was a third-party platform) to generate telephone numbers, it did not qualify as an ATDS.[3]The supplemental briefing requested by the Ninth Circuit has now been completed and non-party Sirius XM Radio was also allowed to submit an amicus brief in line with Crunch’s position.

At least one district court in the Ninth Circuit, however, has decided not to wait for a decision in Crunch. On March 30, 2018, the US District Court for the District of Nevada granted the defendant’s motion for summary judgment in Marshall v. CBE Group, Inc., No. 2:16-cv-02406, concluding that the technology at issue was not an ATDS.[4] The Court took note of ACA International and “in light of th[e] ruling [did] not stray from the statute’s language which mandates that the focus be on whether the equipment has the capacity to store or produce telephone numbers to be called, using a random or sequential number generator.”[5] At issue in the case was “a Manual Clicker Application (‘MCA’), which is a web-based software by which a CBE agent clicks a bull’s-eye on a computer screen and a call is placed. [It] works in conjunction with LiveVox, a cloud-based connectivity pass-through [] connecting a CBE agent with the person to whom the call is placed.”[6] Without more, concluded the Court, there was no genuine issue of material fact that the system at issue did not have the capacity to operate as an ATDS.

In light of the pending issues in Crunch, parties in the Ninth Circuit defending TCPA cases should consider whether to try and stay their cases pending the Ninth Circuit’s forthcoming decision. As demonstrated by CBE Group, however, parties need to also consider the forum in which they are litigating and the posture of their case, as it may be advantageous to continue litigating the merits. 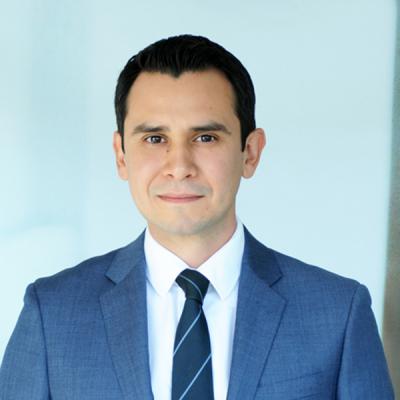