Steve is the Chairman of ML Strategies. He manages a team of consultants in Boston and Washington, DC, and advises clients, from Fortune 100 companies to entrepreneurs, on a wide range of issues. He was a member of the Board of Trustees of the University of Massachusetts from 2006 to 2011 and served as its Chairman from 2006 to 2007. He also served as Chairman of the Board of Higher Education in Massachusetts from 1999 to 2006.

From 1993 to 1997, Steve was executive director and CEO of the Massachusetts Port Authority (Massport). Earlier, he served as Massachusetts Secretary of Economic Affairs and as special assistant to both Governor William Weld and Governor Paul Cellucci.

As one of Governor Weld's and Governor Cellucci's most trusted advisors, he earned a reputation as an aggressive problem-solver and strategist. During his years of service to the Commonwealth, he was involved in a host of major growth initiatives, including the new Boston Garden, the seaport development plan, and many biochemical development projects. In addition, his role included drafting and working to enact legislation to stimulate growth and investment in the areas of international trade, emerging technology, and research and development.

At Massport, Steve oversaw Logan International Airport, the Port of Boston, the World Trade Center, and other facilities. He managed a global network of trade and tourism offices, stretching from the UK to China to Mexico, and devised a comprehensive strategy to maximize the economic benefits of the state's seaports. In addition, he served as a director of a host of public sector agencies involved in industrial finance, education, real estate, and development.

Before entering state government, Steve founded his own public-sector consulting firm, and served as president of the Strategy Group, the management consulting arm of a public accounting firm. He also served as executive vice president of Associated Builders and Contractors, Inc., a national trade association of contractors and developers.

Steve served as US Congressman Edward Markey's executive assistant from 1976 to 1980.

He received an honorary PhD in humane letters from Nichols College (2001).

Since the Democrats reclaimed control of the House of Representatives in 2018, barrels of ink have been spilled on the topic of “congressionally-directed spending”. Better known as earmarks, this funding mechanism allows Members of Congress to send money directly to projects identified in their districts, largely bypassing the federal bureaucracy and its protracted grant application process. For more than a decade, the Congress has banned the practice of including congressionally-directed funding in spending bills. Now, Democrats in control of both chambers and the White House are poised to bring earmarks back. On March 17th, House Republicans voted to reverse the GOP Conference’s ten year-old ban on congressionally directed spending, paving the way for Members from both parties to make requests in upcoming spending and infrastructure bills.
Read more
Read less

Business Community Has A Big Ask Of New Governor

Veteran legislator Brian S. Dempsey, Chairman of the Committee on Ways and Means in the Massachusetts House of Representatives, is joining ML Strategies. Mr. Dempsey will serve as Senior Vice President and COO.

Business Community Has A Big Ask Of New Governor 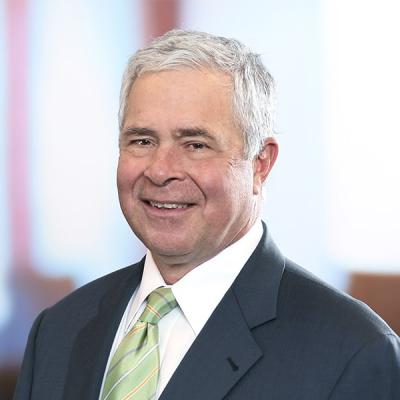