Joshua focuses his practice on mergers and acquisitions, capital markets transactions, corporate governance, and general corporate matters. He has experience in working with buyers and sellers in M&A deals and drafting corporate organizational documents, commercial agreements, and Securities and Exchange Commission filings. Joshua also has experience representing issuers and underwriters in public and private debt and equity offerings.

While attending law school, he served as a judicial extern for the Hon. Thomas J. McAvoy, a Senior US District Judge for the Northern District of New York. He also participated in the school’s Intellectual Property and Nonprofit Organizations Legal Clinic and Bankruptcy Clinic.

Before attending law school, Joshua was an aviation program manager and data analyst in the US Navy. He was awarded four Navy Achievement Medals for outstanding performance and leadership and a Sailor of the Year Award for exceptional performance during combat deployments to Iraq and Afghanistan. 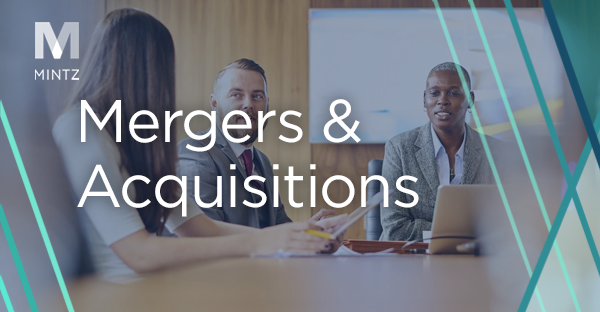 The coronavirus pandemic continues to have profound effects on the U.S. and global economies. Investor concerns about the impact of COVID-19 and government-imposed restrictions on individuals and businesses have led to unprecedented market volatility. Further material volatility is anticipated. In this environment, publicly traded companies may want to evaluate the adequacy of their corporate defenses to protect their stockholders from such predatory activities.
Read more