John is a corporate and securities attorney who plays a pivotal role in the firm’s Life Sciences group. He assists biotechnology and pharmaceutical companies in the negotiation of joint venture agreements, licensing arrangements, and strategic alliances. The full range of public and private companies, from emerging companies to established industry players, rely on his counsel to structure these and collaborative research and development transactions. He also advises international start-ups and biotechnology companies. Financing-related and acquisition transactions, including venture capital financing, mergers and acquisitions and public offerings, round out his practice.

John's practice includes the representation of a range of start-up and late-stage biotechnology and pharmaceutical companies, both private and public. He has extensive experience in venture capital financing, private placements, mergers and acquisitions, public offerings, and general corporate matters. In addition, he specializes in the structuring and negotiation of collaborative research and development transactions, strategic alliances, joint ventures, supply and distribution agreements and technology licensing transactions.

John spends a significant part of his practice representing international biotechnology clients in all aspects of their business. He has worked in particular with start-up and leading biotechnology companies in France, Germany, Israel, and China.

In addition, John has served as both company counsel and underwriter’s counsel on initial public offerings, follow-on offerings, and PIPE financing transactions involving a number of biotechnology and medical device companies.

Before joining Mintz, John was an associate at Palmer & Dodge, LLP and Sullivan & Worcester, LLP, where he represented a variety of biotechnology and pharmaceutical companies. Before law school, he was involved in a three-year research project at Dana-Farber Cancer Institute, focused primarily in the areas of lupus and arthritis under Dr. Stuart Schlossman. 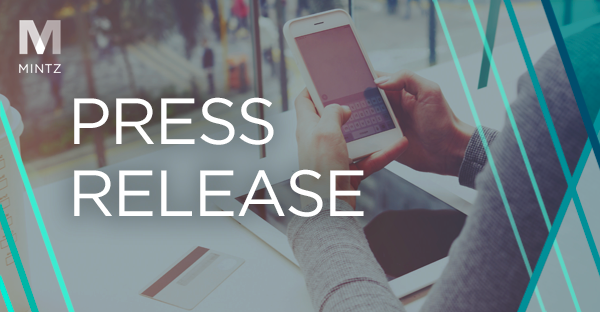