James has a track record of achieving highly favorable outcomes for clients in high-stakes, complex civil litigation matters. He also has extensive experience representing companies and individuals in government investigations and related prosecutions and enforcement actions.

James is recognized as a top legal strategist. Clients seek James’s representation when they are facing novel issues and require unique approaches. James has achieved exceptional and unprecedented results for clients. In a recent case, James obtained the dismissal with prejudice of a federal securities fraud indictment alleging around $100 million in losses. He also achieved the dismissal of several thousand cases alleging economic loss against a Fortune Global 100 Company. In addition, James has achieved numerous victories in complex disputes in the Delaware Court of Chancery.

In addition to his litigation practice, James serves as a trusted advisor to companies by assisting them in navigating laws, regulations, and business issues specific to their industries. Such counseling allows companies to achieve their business objectives, while reducing their exposure to litigation and government investigations. James also advises companies on large business transactions.

Prior to joining Mintz, James was a partner in the Los Angeles office of a full-service, global law firm. While earning his law degree at the University of California, Berkeley, James served as publishing editor of the California Law Review and was elected to the Order of the Coif. 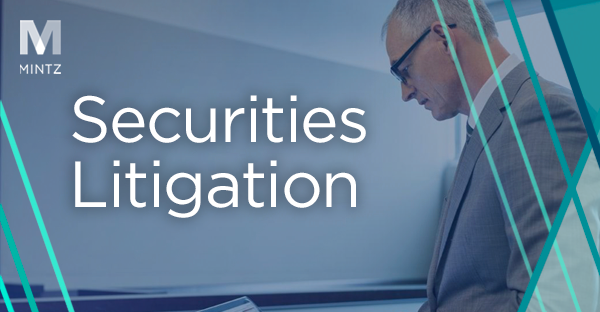 Law360 highlighted the arrival of James Rapore as a Member in Mintz’s Litigation Practice, based in Los Angeles.