Micha is a versatile attorney who litigates employment, commercial, and trade secret disputes and counsels clients on matters in these areas. He handles cases and advises clients on non-compete agreements, protecting proprietary information, and wrongful termination, discrimination, and wage and hour claims, among other issues. Companies rely on his representation in court and before state and federal agencies, including the EEOC, DOJ, and similar California agencies. He also assists companies with workplace policies, investigations, and compliance — and he often performs management training for employers.

Mitch has extensive experience in employment law and in intellectual property litigation and complex commercial litigation. He has also served as a member of the firm's Policy Committee.

His work has focused on litigation in the areas of trade secrets, employee mobility, wrongful termination, discrimination, harassment, contracts, defamation, wage and hour, complex commercial litigation and unfair competition. As part of his counseling practice, Mitch has performed management training for employers and rendered employment advice on employment-related issues, including those associated with hiring employees, terminating employees, workplace investigations, discrimination, protection of trade secrets, leaves of absence, reductions-in-force, and compliance with wage and hour laws, among others.

Mitch is a frequent speaker on various employment-related topics and has appeared as a guest instructor for the San Diego State University Human Resources Certificate Program. He has also served as the author of News From National, the Labor and Employment Law quarterly newsletter for the NHRA.

Immediately prior to joining Mintz, Mitch was a partner in the San Diego office of a prominent national litigation firm. From 1982 to 1985, Mitch was a drill sergeant and combat conditioning and hand-to-hand combat instructor with the Israeli Defense Forces. Between 1989 and 1992, he was a police officer with the New York City Police Department. Mitch served as a patrol officer and in the NYPD’s “Pressure Point” narcotics task force.

The Daily Journal described him as one of the select few “California lawyers that companies turn to first.”

A Refresher on California Reimbursement Requirements in a COVID-19 World

April 03, 2020
The Daily Journal reported that Mintz achieved a favorable outcome for its client Silanna Semiconductor North America, Inc. (Silanna), a San Diego-based manufacturer and distributor of high-voltage power-conversion systems and four of Silanna’s employees, when the U.S. District Court for the Southern District of California granted its motion to dismiss claims of breach of contract and trade secret misappropriation, among others.

Compliant Contracting in California: An AB 5 Primer [Event to be rescheduled] 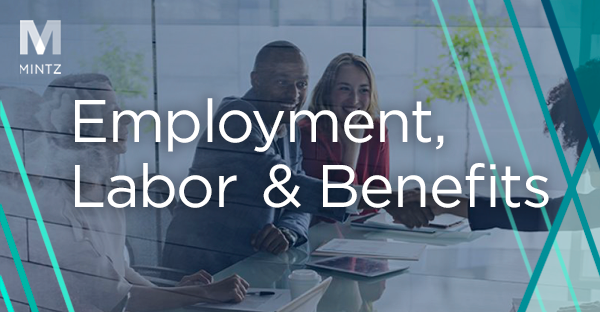 A Refresher on California Reimbursement Requirements in a COVID-19 World

Imagine that after weeks of working remotely due to COVID-19, you return to your office only to discover a stack of papers on your desk in a folder titled “requests for reimbursement.”  You peer through the contents and find cell phone bills, a receipt for a $750 printer, a bank statement with the account fees highlighted, a clothing store shipping invoice with $49.95 of expedited shipping, a receipt for a 50” television, and a screenshot of mobile payment service request with an electric plug emoji from a username you have never seen before.  Why are these documents on your desk and what do you have to do as an employer?

California Labor Code § 2802 (“Section 2802”) requires employers to reimburse California employees for “all necessary business expenditures or losses incurred by the employee in direct consequence of the discharge of his or her duties.”   Its purpose is to prevent employers from passing their operating expenses to their employees.  However, Section 2802 only requires reimbursement for “necessary” and “reasonable” costs incurred by the employee as a condition of continued employment.  Previously, many employers allowed remote working as a convenience for their employees.  Because working remotely was not required, many employers could decline “work from home” reimbursements because the employee’s expenses were voluntary (i.e. the employee chose to work remotely).  However, COVID-19 and the resulting shelter-in-place orders have redefined the working landscape, requiring many employees to work remotely to keep businesses afloat.
Read more

My colleague Mitch Danzig was quoted in a SHRM article entitled Employees’ Use of Sharing Economy Poses Risks in which he comments on the risk employers face when requiring employees to use shared economy services such as Uber or Airbnb.
Read more

These days, many employers sponsor social media accounts, whether on LinkedIn, Facebook, Twitter, or other social media sites. Of course, the “company” itself cannot post to an account, so the task always falls on one or more employees to post entries and monitor the accounts.
Read more

The Daily Journal reported that Mintz achieved a favorable outcome for its client Silanna Semiconductor North America, Inc. (Silanna), a San Diego-based manufacturer and distributor of high-voltage power-conversion systems and four of Silanna’s employees, when the U.S. District Court for the Southern District of California granted its motion to dismiss claims of breach of contract and trade secret misappropriation, among others.

On August 26, the Delaware Chancery Court granted partial summary judgement in favor of Alphatec Holdings, Inc. (Alphatec), a medical device company dedicated to revolutionizing the approach to spine surgery, and its Chairman and Chief Executive Officer, Patrick Miles, in litigation brought against Mr. Miles and Alphatec by competitor, NuVasive, Inc. based on any claims that Mr. Miles breached the non-competition and employee non-solicitation provisions in his employment agreement with NuVasive.

Mitch Danzig, a Member of the Mintz San Diego office, and Natalie Prescott, an Associate in the same office, were featured in an AmLaw Litigation Daily article covering the sanctions granted to CrossFit in its legal proceedings responding to alleged injury claims.

Mintz achieved another victory for client CrossFit, Inc. in an ongoing dispute against the National Strength and Conditioning Association (NSCA). In this latest victory, the Court imposed harsh evidentiary, issue, and monetary sanctions against the NSCA.

Mintz is pleased to announce a significant victory on behalf of its client CrossFit, Inc. against the National Strength & Conditioning Association. The U.S. District Court for the Southern District of California issued rulings on both parties’ motions for summary judgment.

Mitch Danzig, a Mintz Member, is quoted in a Society for Human Resource Management article discussing a lawsuit filed against Samsung and LG by a former LG sales Manager accusing the two companies of engaging in anti-poaching recruitment practices.

Compliant Contracting in California: An AB 5 Primer [Event to be rescheduled] 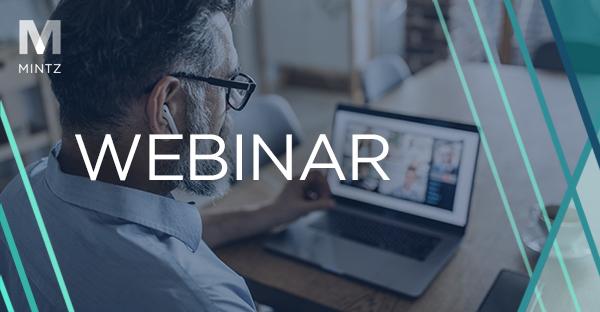